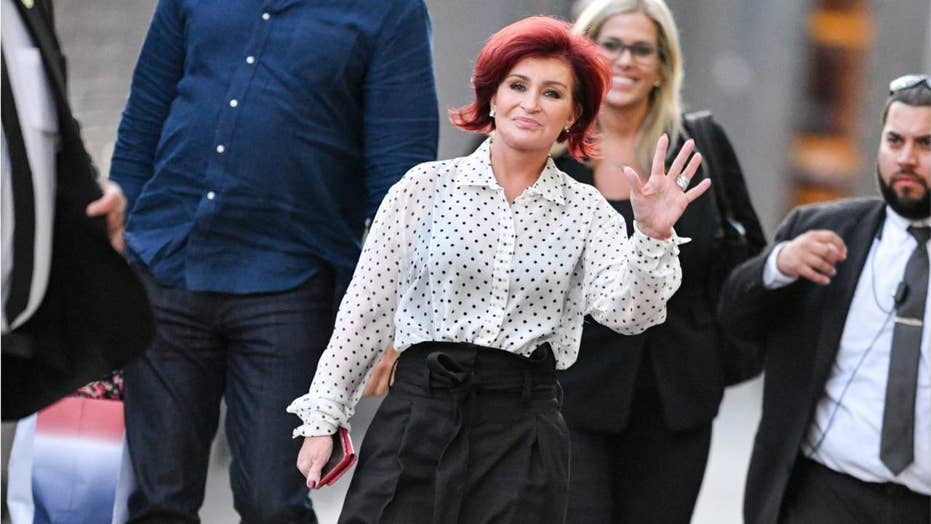 Sharon Osbourne is no fan of 'Baby its Cold Outside' remake

Kelly Clarkson and John Legend's remake of 'Baby it's Cold Outside' will likely not be played in the Osbourne home. Sharon Osbourne expressed her displeasure with the new version during a taping of her show 'The Talk.'

“The Voice” coaches announced last week that they're recording a new version of the 1944 classic, written by Frank Loesser, after some say its lyrics have grown problematic over the years over the notion of consent.

But Osbourne said on “The Talk” Monday that the notion of rewriting problematic songs is “ridiculous.”

“What would John Legend do, if in 40 years, if somebody wanted to… re-record one of his songs, and there was some group that found it offensive, and somebody just went, ‘Oh, I can change the lyrics on that,’” she said.

PIERS MORGAN RIPS JOHN LEGEND FOR REWRITING 'BABY, IT'S COLD OUTSIDE' INSTEAD OF RAPPERS' 'FILTH'

The 67-year-old took issue with a specific lyric that was revealed in a sample of the song released by the musicians. Instead of the song being about an overly persistent male suitor trying to convince a reluctant woman to spend the night with him, Clarkson sings: “What will my friends think?... If I have one more drink?”

“It’s your body, and your choice,” Legend replies.

"To change an innocent lyric, to what is it, 'Your mind and your body'? What the hell are you on? That's ridiculous," Osbourne exclaimed. "I have to tell you, I love John Legend. I love John Legend’s wife, his family. He’s an amazing artist that I really respect. Why do you do this? That's not right."

The segment concluded with Osbourne declaring that one simply shouldn’t re-record a song that they actively dislike, to which most of her co-hosts agreed.

Last year, a Cleveland radio station, WDOK, withdrew the song from its lineup after a listener expressed concern over the standard's lyrics.

Meanwhile, criticism of the song drew backlash from some, with actor Dennis Quaid saying it was "going a little far" to call it problematic, and Dean Martin's daughter, Deena, saying she "was absolutely flabbergasted" that critics wanted the number scrapped.