Mahershala Ali says he 'can accept'his co-star Viggo Mortensen's apology for his use of the N-word. (Photo by Rodin Eckenroth/Getty Images)

Oscar-winning actor Mahershala Ali has accepted the apology from his "Green Book" co-star, Viggo Mortensen, after his use of the N-word during a panel for a screening of their new film.

“However well-intended or intellectual the conversation may have been, it wasn’t appropriate for Viggo to say the n-word,” Ali said in a statement issued to The Hollywood Reporter on Friday before adding that he had accepted his co-star's apology. “He has made it clear to me that he’s aware of this, and apologized profusely immediately following the Q&A with Elvis Mitchell. Knowing his intention was to express that removing the n-word from your vocabulary doesn’t necessarily disqualify a person as a racist or participating in actions or thoughts that are bigoted, I can accept and embrace his apology.”

The "Moonlight" star continued, “An excellent and poignant thought was unfortunately overshadowed by voicing the word in its fullness. Which for me, is always hurtful. The use of the word within the black community has long been debated, and its usage should continue to be examined within the black community. The use of the word by those who aren’t black, is not up for debate. The history of discrimination, slavery, pain, oppression and violence that the word has come to symbolize only causes harm to members of the black community and therefore needs to be left in the past.” 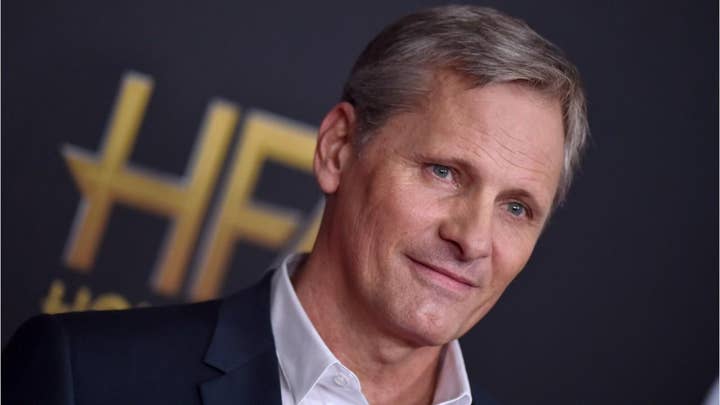 In the film, Mortensen plays a bouncer hired by famed African-American pianist Don Shirley, played by Ali, to serve as his driver and security during a 1960s tour of the Jim Crow-era South.

The movie title references "The Negro Motorist Green Book," which served as a travel guide for African-Americans traveling in the South during segregation by listing friendly and whites-only hotels, restaurants and other businesses.

Mortensen was slammed after using the N-word during the "Green Book" screening on Wednesday. The remark came during a discussion about race in America following a screening put on by the Film Independent Presents group in Hollywood, according to The Hollywood Reporter.

"For instance, no one says N— anymore," the actor said responding to a question that was directed at another panelist, according to Dick Schulz, a Film Independent member and freelance director, who attended the screening. Schulz said in a tweet and that the "oxygen immediately left the room" after the actor's comment.

"It was all anyone was talking about when we left the theater," Schulz wrote. "I was hearing everybody passing by me going up the stairs going, 'That was crazy!'"

The actor immediately faced backlash for his remark, forcing him to release a public apology.

In a statement to THR, Mortensen apologized for using the word and said, “In making the point that many people casually used the ‘N’ word at the time in which the movie’s story takes place, in 1962, I used the full word. Although my intention was to speak strongly against racism, I have no right to even imagine the hurt that is caused by hearing that word in any context, especially from a white man. I do not use the word in private or in public. I am very sorry that I did use the full word last night, and will not utter it again.”

The actor promised to never say the word again.