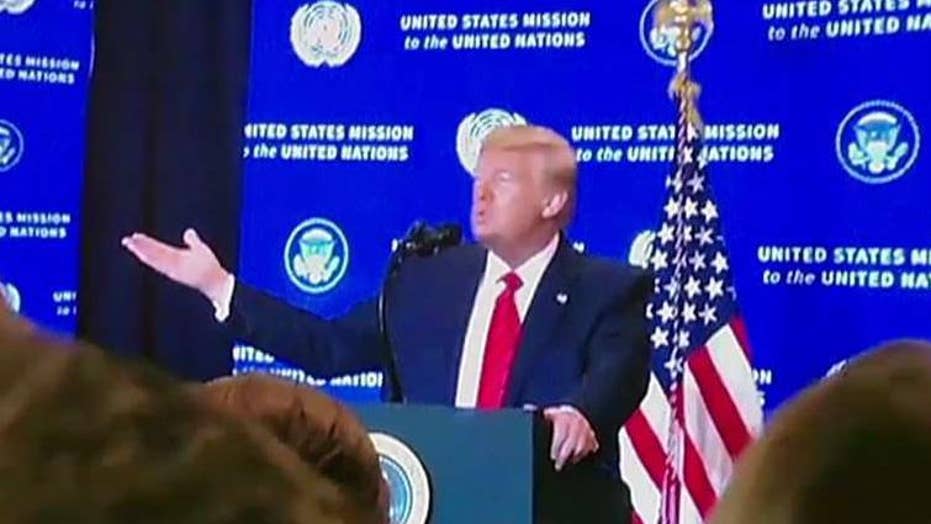 Did the whistleblower act alone? Trump, lawmakers question if anyone helped

The 'Outnumbered' panel weighs in on the timeline of events surrounding the whistleblower complaint and how the Trump administration and lawmakers are responding.

Two of "The View" co-hosts speculated that President Trump engaged in "witness intimidation" when he recalled how the government used to handle spies and traitors.

They were referring to comments Trump made at the United Nations, provoking concerns that he threatened the White House official who complained to the whistleblower about his phone call with Ukraine.

"You know what we used to do in the old days when we were smart with spies and treason, we used to handle it a little differently than we do now," he said on Thursday.

"First of all, he needs to take the word treason out of his mouth," co-host Joy Behar replied after playing a clip of his comments -- suggesting Trump himself committed that crime. She went on to ask her co-hosts: "Isn't this witness intimidation?"

Co-host Sunny Hostin, an attorney who also serves a senior legal correspondent for ABC, agreed that it was.

"I hadn't even thought of that but yeah, certainly, if there's an impeachment inquiry that has been announced, that could be witness intimidation, Joy," she said.

Behar chimed in, calling Trump a "mobster." They weren't the only ones to suggest Trump intimidated witnesses. House Intelligence Committee Chairman Adam Schiff, D-Calif., made the same accusation.

“That kind of incitement to violence is only going to chill other witnesses when they come forward,” he said, according to The New York Times.

Co-host Abby Huntsman said she was amazed that people continued leaking within the White House rather than resigning from the administration.