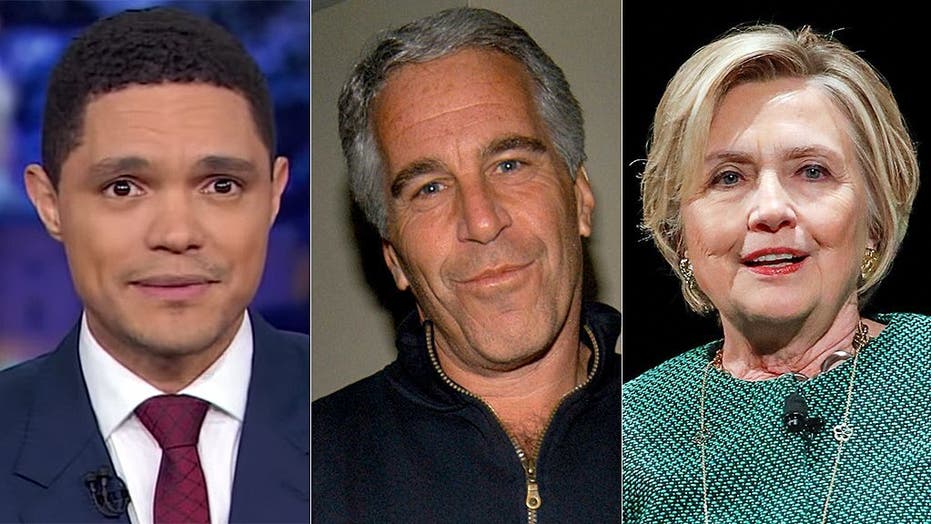 "I have to ask you a question that has been plaguing me for a while: How did you kill Jeffrey Epstein?” Noah asked in the Comedy Central interview on Thursday.

The question drew a laugh from Clinton, who was appearing alongside her daughter, Chelsea, to promote their new book. Noah said the former presidential candidate has been a "boogeyman" for the right-wing, questioning why some believe she has so much power.

“Because you’re not in power but you have all the power. I really need to understand how you do what you do, because you seem to be behind everything nefarious, and yet you do not use it to become president," he said.

Clinton responded that she's "constantly" surprised at the allegations that are made and the conspiracies about the Clintons are "on steroids" due to social media and the internet.

"The things they say, and now, of course, it’s on steroids with being online, are so ridiculous, beyond any imagination that I could have. And yet they are so persistent in putting forth these crazy ideas and theories. Honestly, I don’t know what I ever did to get them to upset. ... I've gotten kind of used to it," she said.

Chelsea Clinton said there is a "constant erosion of truth and sanity" when it comes to political discourse.

Questions persist about the circumstances surrounding Epstein's death after famed pathologist Dr. Michael Baden said this week that the autopsy was more consistent with homicide than suicide.

“Those three fractures are extremely unusual in suicidal hangings and could occur much more commonly in homicidal strangulation,” Baden, who is also a Fox News contributor, said on "Fox & Friends" Wednesday.

The New York City Medical Examiner's Office on Wednesday stood by its conclusion that Epstein’s death was caused by suicide by hanging.