From a "commoner" to a princess, nice work if you can get it!

Photographs of a topless, sunbathing Princess Kate Middleton have now been published in tabloids in France, Ireland and Italy, with the British royal family using all possible means in both the court of law and court of public opinion to tamp down images' seemingly inexorable spread.

On Monday, an Italian gossip magazine owned by former Premier Silvio Berlusconi published a 26-page spread of topless photos of Prince William's wife Kate despite legal action in France against Closer, the magazine that published them first.

Chi magazine features a montage of photos taken while the Duke and Duchess of Cambridge were on vacation at a relative's home in the south of France last month. They included the 14 pictures published by Closer, which like Chi is owned by Berlusconi's Mondadori publishing house, as well as several others that didn't appear in Closer.

On Saturday, the Dublin-based Irish Daily Star ran a blurry reproduction of the pages from Closer over two inside pages.

Daily Star editor Mike O'Kane told the BBC the photos weren't included in the edition distributed in Northern Ireland, which is part of the United Kingdom.

O'Kane defended his newspaper, saying that Ireland did not view the royal family the same way as the British.

"She's not our future queen," he told the BBC. "The duchess would be no different to any other celeb pics we would get in, for example Rihanna or Lady Gaga."

Northern and Shell, the British company that co-owns the Irish Daily Star -- and publishes its British sister tabloid, the Daily Star -- said it was "profoundly dismayed" the Dublin newspaper had run the pictures. It said it had had no control over the decision.

Meanwhile lawyers for the royal couple are due in court in Nanterre, France on Monday, to seek an injunction against Mondadori to prevent further dissemination of the images that appeared in Closer and Chi. The palace said it would seek damages from Mondadori.

Closer editor Laurence Pieau defended publishing the topless spread first, calling it tasteful, and saying: "I won't hide the fact that there are more intimate pictures that exist that we haven't published, and will not publish."

Chi editor Alfonso Signorini chimed in that such photos do not exist, saying "If I had had more scandalous photos I would have willingly published them."

St. James's Palace said Sunday that family lawyers would also file a criminal complaint against the unidentified photographer or photographers involved. The palace said it would be up to French prosecutors to decide whether to investigate and pursue a criminal case for breach of privacy or trespassing.

Signorini told The Associated Press over the weekend that he didn't fear legal action since the photos were already in the public domain following Closer's publication.

He defended the decision to publish them in Italy, saying the photos are tasteful and respect Kate's dignity.

"I don't see anything morbid or damaging in them," he said. "Chi pays attention to respecting people's dignity. I don't think they hurt Kate's image."

He added in a statement that the pictures actually were in line "with the modern concept of the monarchy."

"It shows in its total naturalness the daily life of a young, famous, modern couple in love," he said.

The royal couple's St. James's Palace office condemned the moves as unjustifiable and evidence of pure greed, and said it was considering "all proportionate responses."

Palace officials compared the intrusion on the young couple's privacy to the tragic paparazzi pursuit of William's mother Princess Diana, which many believe was a contributing factor to her early death in a car crash in Paris on Aug. 31, 1997. 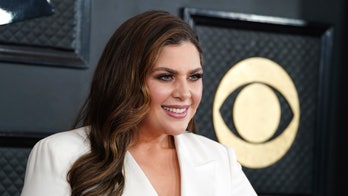 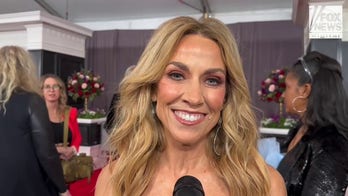