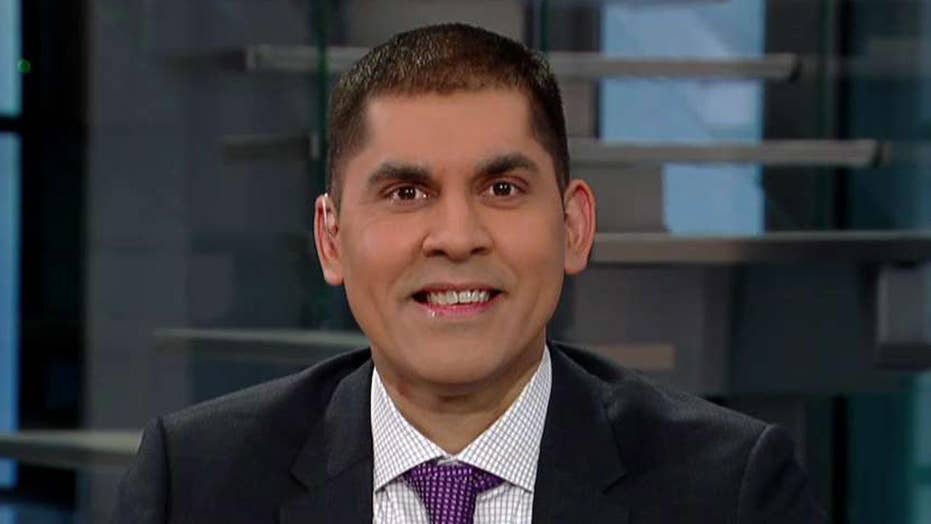 There’s no host, no best popular film category and no awards relegated to commercial breaks. However, the 91st annual Academy Awards show will go on.

While questions regarding the telecast appear to have been answered, debate remains as to who will win the coveted awards this season. Does “Black Panther” pounce? Will “Bohemian Rhapsody” rock? Might “The Favourite” be the favorite? Could “A Star Is Born” shine bright?

As usual, I have predictions for the nominees in each category and have studied all of the races. You might say that forecasting the Oscars is my ultimate “Vice.”

Here now are my predictions for the 2019 Oscars:

In 90 years of Academy Awards history, no foreign language film has ever won the Best Picture Oscar. It appears that history is about to be made. Netflix's black and white “Roma” is widely seen as 2018’s most serious and impressive artistic achievement. With a 96 percent “Certified Fresh” rating on Rotten Tomatoes, it stands as the year’s best-reviewed movie. It has already swept the lion’s share of the critics’ prizes. It even triumphed at the recent British Film Academy (BAFTA) ceremony, beating out hometown favorite “The Favourite.” Still, “Roma” does have its share of detractors. Many believe that it’s as boring as it is beautiful. Others claim that its Netflix distribution means it’s not a true feature film. Still, there doesn’t appear to be a challenger that can overtake it. If “The Favourite” couldn’t win in the UK, it seems unlikely that it would prevail at the Oscars. The popular “Green Book” has seen its momentum stall after a series of controversies. As for “Black Panther,” its lack of directing, acting and writing nods is too large a hurdle for it to jump. That leaves “Roma” migrating safely into Best Picture territory.

This is easily the biggest lock of the night. Even if “Roma” somehow loses best picture, Cuarón will prevail. Directing honors typically go to those that take risks and surmount shooting challenges, like recent winners Guillermo del Toro for “The Shape of Water,” Alejandro G.  Iñárritu for “The Revenant” and Ang Lee for “Life of Pi.” Cuarón exquisitely recreated 1970s Mexico City for “Roma.” He primarily cast non-professional actors in order to establish authenticity. He supervised the detailed technical crafting, which earned nominations for Cinematography, Production Design and Sound Editing and Mixing. His work has already been hailed by the Golden Globes, the Broadcast Film Critics Association (BFCA,) the Directors Guild of America and the BAFTA. Cuarón received this award just five years ago for the outer space drama “Gravity.” He’ll handily pull in a bookend trophy for “Roma.”

Bradley Cooper, “A Star Is Born”

Early in the season, this race was seen as three-time contender Cooper’s to lose. Unfortunately, the fourth time won’t be the charm for the “A Star Is Born” director. Bale, a best supporting actor victor for “The Fighter,” seemed to have a fighting chance for his portrayal of former Vice President Dick Cheney in “Vice.” Now, his election seems extremely unlikely. What happened? Blame it on the “Bohemian Rhapsody” bonanza and excitement over Malek’s spot-on impersonation of Freddie Mercury. As the late lead singer of rock band Queen, the actor has rocked audiences and Academy members alike. He plays a real person, he’s physically transformed onscreen and he overcomes adversity and battles disease. Malek has already collected Golden Globe, Screen Actors Guild (SAG) and BAFTA awards. He’ll surely be the champion on Oscar’s big night.

Melissa McCarthy, “Can You Ever Forgive Me?”

Close is currently tied for the record as the actress with the most Oscar nominations without a win. Another loss and she’ll take the title all for herself. That won’t be happening. After seeing her lose six times for iconic roles in classics like “Fatal Attraction” and “Dangerous Liaisons,” the Academy will finally say “I do” to Close in “The Wife.” She dramatizes a seemingly happily married woman keeping a secret for the sake of her husband. As the story progresses, so does her character's frustration the electricity of her acting. Close defeated her biggest rival, Lady Gaga, at both the Golden Globes and the SAG Awards. Expect her to repeat at the Oscars. And don’t fret for Lady Gaga while everyone goes gaga for Glenn. The singer is a virtual lock to take the award for best original song. But when it comes to best actress, she’s not even close to Close.

Sam Elliott, “A Star Is Born”

Richard E. Grant, “Can You Ever Forgive Me?”

I had initially been backing Grant for his scene-stealing turn as Melissa McCarthy’s partner in “Can You Ever Forgive Me?” However, Ali has virtually cleaned up the precursor prizes – including the Golden Globe, the BFCA, the SAG and even the BAFTA. This was a bit of a surprise, as Grant is a beloved Brit. “Green Book” is a very popular film and this is likely its best chance at recognition, further boosting Ali’s chances. The actor’s biggest obstacle is that he just won this category two years ago for “Moonlight.” Won’t the Academy want to put the spotlight on someone else? Forgive me for pushing my personal pick Grant. I’ll concede that it’s probably another one for the books for Ali in “Green Book.”

Most pundits foresee Oscar glory for critics’ King in “Beale Street.” She’s a respected actress and already a triple Emmy recipient. She delivered an eloquent speech after accepting the Golden Globe last month. The problem is that she missed out on both SAG and BAFTA nominations. Her film also underperformed with the Academy, netting just three nods and notably missing best picture. In other words, she has a difficult path to victory in a contest ripe for an upset. So who is the beneficiary? Adams might have been a possibility, but she’s failed to gather much momentum for the divisive “Vice.” This marks her sixth Oscar attempt. Even she seems content waiting for her seventh. Stone and Weisz are both previous winners and will likely cancel each other out. That leaves dark horse de Tavira. As a wife and mother trying to keep her family together during a time of crisis, she’s an absolute revelation in “Roma.” If the film sweeps, she could go along for the ride. Furthermore, it’s a chance to make history. No one from a Mexican film has ever won an Oscar for acting. Bear in mind that the supporting actress category is known for shockers. Marcia Gay Harden, Juliette Binoche, Anna Paquin and Marisa Tomei come to come mind. If the Academy wants to surprise, de Tavira could be another Tomei.

On paper, “Green Book” seems to be the most logical selection. Its script beat out stiff competition to nab the Golden Globe, and it was also nominated by the Writers Guild of America. On the downside, it has been criticized for historical inaccuracies, as well its presentation of race relations. A controversial past tweet from a co-writer has further damaged its prospects. That leaves the British costume drama “The Favourite” to win. It’s definitely original and is filled with witty wordplay. English period films have enjoyed great success in the writing categories – recent examples include “The Imitation Game,” “The King’s Speech” and “Gosford Park.” With a towering ten nominations, “The Favourite” is clearly favored here.

“The Ballad of Buster Scruggs”

“Can You Ever Forgive Me?”

“If Beale Street Could Talk”

Spike Lee’s “BlacKkKlansman” was tipped as the early best picture frontrunner when it hit theaters last summer. It lost its lead as the year wore on, but still managed to rack up seven nominations - including best picture and best director for Lee. While it may be a long shot in every other category, it’s a pretty safe bet in this lineup. This is the best place to ensure that “BlacKkKlansman” doesn’t go home empty-handed. It’s also an opportunity to finally reward Lee (plus his three co-writers). Lee received his first screenplay nomination for the 1989 standard “Do the Right Thing.” Nearly thirty years later, the Academy will do the right thing by making Lee a rightful Oscar winner for “BlacKklansman.”

“Spider-Man: Into the Spider-Verse”

PREDICTION: “Spider-Man: Into the Spider-Verse”

Disney Pixar usually rules among the Animated Feature fare, but this year is an incredible exception. “Spider-Man” has slowly crawled past “The Incredibles 2” this awards derby, snagging Golden Globe, Producers Guild of America, BFCA and BAFTA laurels. It’s viewed as an innovative and ingenious take on both animated and comic book storytelling. Barring a truly incredible upset, watch “Spider-Man” catch the Oscar in its increasingly growing web of gold.

“A Night at the Garden”

This is a special bonus category to help you win your Oscar pool and really impress your friends. I’ve screened all five, and can virtually guarantee that “Period” prevails. The documentary short focuses on health issues facing women in rural India. It boasts the richest story arc and strongest production values of the nominees. It’s also had the most aggressive Oscar campaign. Bottom line: pick “Period” and you’ll cruise to conquest in your Oscar pool. Period. End of sentence.