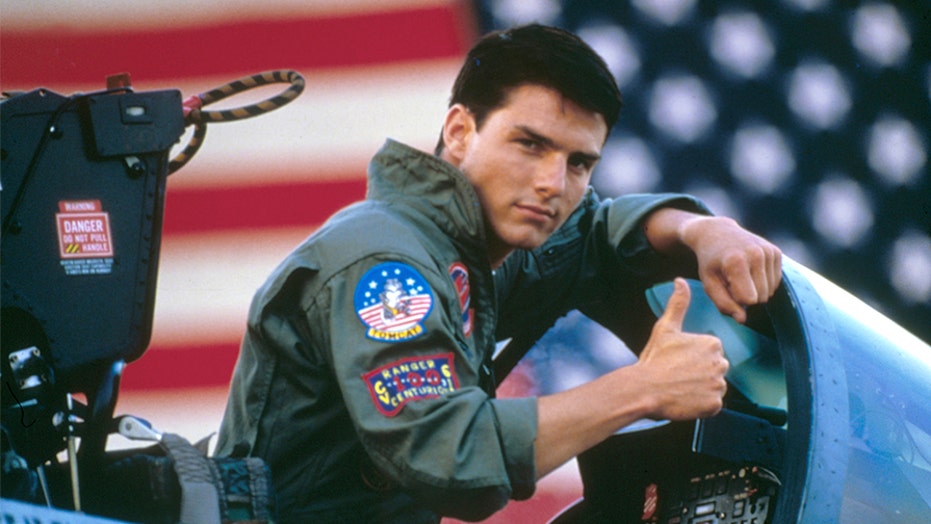 “Top Gun: Maverick” teased fans with a brief behind-the-scenes video showing the power of the movie’s use of real aerial effects rather than any CGI.

Both Tom Cruise and producer Jerry Bruckheimer have previously said that the movie will employ never-before-seen techniques to film practical aerial scenes rather than relying on CGI to do the visual work for them.

In a new video shared by Skydance captioned “No CGI here,” the crew films in the desert as a very low-flying jet skims over the tops of their heads. The nine-second teaser shows the crew reacting in slow motion as the plane blows their hair back, hurts their ears a bit and kicks up a fair amount of dust.

Speaking to Empire in January about his decision to return for the highly anticipated sequel to “Top Gun,” Cruise noted that he told the producer he was “not going to do the CGI stuff."

“I said to the studio, ‘You don’t know how hard this movie’s going to be. No-one’s ever done this before,’” Cruise explained. “There’s never been an aerial sequence shot this way. I don’t know if there ever will be again, to be honest.”

In a recent interview, the producer noted that Cruise is putting his money where his mouth is when it comes to getting in the cockpit himself and filming “Maverick.”

CORONAVIRUS CONCERN: HOW CHURCHES ARE ADAPTING SERVICES TO COMBAT THE SPREAD

“Technology has advanced, so a lot of things we couldn't do before that we can do now, especially with the aerial footage,” he said. “And Tom is an aviator, so he can fly anything we have in the movie, from helicopters to jets to prop planes.”

Cruise began his love of aviation after starring in the first “Top Gun” movie, where he did a lot of research and training for the role. For the sequel, he underwent similar training but insisted that his younger co-stars do the same. Bruckheimer noted that not only did Cruise undergo the training himself, but he kept right in pace with the younger cast members.

“He put the actors through this grueling process over three months so they could take the G-forces when we put them in the F/A-18s,” Bruckheimer told Yahoo Entertainment. “It was really a tough slog for these young actors, because they also had to go through water survival training, where they are blindfolded and put in a water tank that’s turned upside down and they have to figure out how to get out. And Tom went through all the same stuff! They told me he went through that training just like a 22-year-old would — that's how good he is.”

Unfortunately, fans will have to wait a bit longer to see the stunning visuals the director and star are promising. The film was originally scheduled for a June 24 release, but it was pushed back to Dec. 23 as a result of the coronavirus pandemic shutting down theaters and productions across the country.