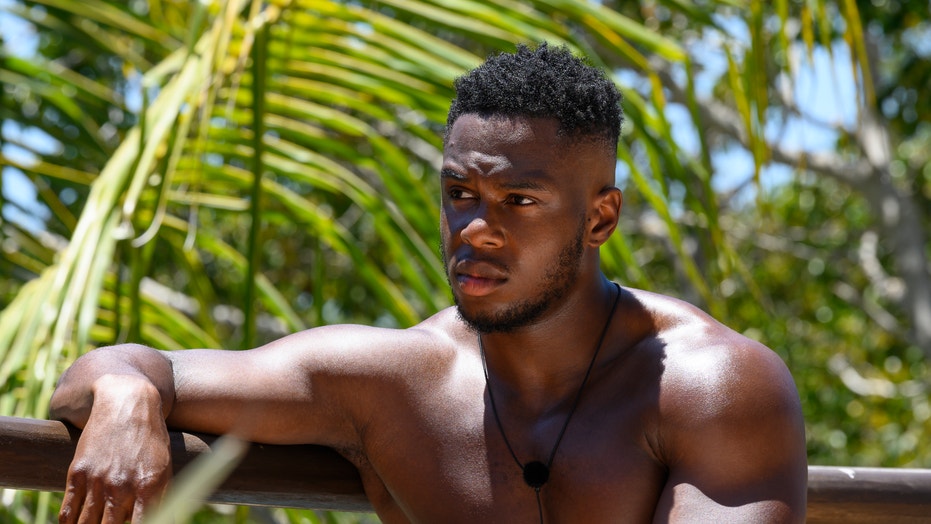 EXCLUSIVE: During a summer of binge-watching and couch lounging amid the coronavirus pandemic, few reality shows hit the mark with viewers as much the Netflix series “Too Hot to Handle” did in capturing the intrigue of bored at-homers who tuned in to see if a group of sexy singles could abstain from being intimate while getting to know one another on personal levels.

Series star Kelz, whose real name is Kelechi Dyke, said he had no idea the level of notoriety he would gain after appearing on the show where he was dubbed “The Accountant” for his penchant for tracking the group’s spending habits.

The South London native, who studied international finance in college with the hope of becoming an investment banker only to land as a recruiter in the pharmaceutical industry, said since being on the Netflix reality dating show, his life has changed in more ways than one and being recognized at every turn is just one of the adjustments he’s had to make.

“I keep saying becoming famous is easy but staying famous is a completely different thing, especially being famous for the right reasons as well,” Dyke told Fox News. “So I'm quite lucky because what I think is very important are the things you learn as you get older that you don't know when you're 21. If this show happens to me when I was 21, we’re having a totally different conversation.”

Dyke, who plays for British-based American football team the London Warriors, said his sports background has aided in motivating him to “strive for more” and added that with the discipline he’s learned, handling public situations has become easier but still comes at a price.

“My motto is that I'm just trying to make it. That's been it and nothing's changed,” said Dyke, 27. “Now we've got these reality TV shows and it's given me a great platform to start things to get to another level. But in terms of opportunities, it's important to make sure that you know who you are and you know what you want to get out of this.”

Fame could present opportunities that could make you look cheap, or you can end up losing your identity in it, he said.

"But if you get lost in the fame and the hype, just know that it's like a rocket – you shoot up in the sky and whether you stay up there is contingent on the choices that you make, he said. "It's easy to become famous but you can also lose it all in one go and I think that's what people don't understand.”

It’s this level of self-awareness Dyke has maintained growing up abroad that he said still comes as a surprise, especially when performing the most mundane tasks like going to the supermarket or walking through a shopping mall.

“The fact that people know who I am – it sounds silly, right? --  but you have to understand this thing happened during quarantine lockdown,” Dyke explained of the whirlwind lifestyle change. “So everyone was home and suddenly it's June, July and people started to go out again and if I'm walking down the street or I'm in the gym -- if I'm anywhere -- if I'm shopping people will walk up to me like, 'Are you Kelz from 'Too Hot to Handle?'”

He doesn't walk around thinking that people should know how he is, he said.

“I think it's very important to make sure you stay humble, but you get all types of people – like the other day the woman who was ringing up my [groceries] goes, 'Are you Kelz?'" he said.

Soon after he left the shop that he realized that people really know who he is. He was approached by a group of men who called out to him.

"And I'll be honest, it's the kind of crowd you'd get intimidated by,” he said.

And what happened next took the six-foot, six-inch tall Dyke by surprise.

“So now they come up to me and they're like, 'Yo, bro?! Are you Kelz from 'Too Hot to Handle?" he said. "And I'm like, 'Yeah,' and all of them suddenly are screaming, 'It's the Accountant!' -- and that was nice because it's not just a mix of women who will come up to me but it's also guys who recognize me and it's all different types of races and types of people. I love it. It's perfect."

He pressed that even the COVID-19 face covering is no match for eagled-eyed fans who will still recognize him in public.

“My face will be covered and I'm walking around the mall and people are stopping and saying, 'You're Kelz,' and I'm thinking to myself, how the hell do you know that?” he said through laughter. “But I think that's the biggest realization that people know and it's just different now. And it was a shock because I went to an event, for example, you can't move the same way you move.”

The reality star said one of the biggest jolts to his new life of fame is the fact that he can’t move about how he used to before as when people approach him, he’s cognizant of the fact the personality he projects is what they will take away from the encounter.

“I like to keep to myself and be with my friends but now people come up to me to say hello and no one tells you how to be,” he explained. “I'm just like, 'Hi' and you have a conversation. But I don’t want to make it look like too much, so it’s all about finding the right balance. But it's been a nice learning curve, I think.”