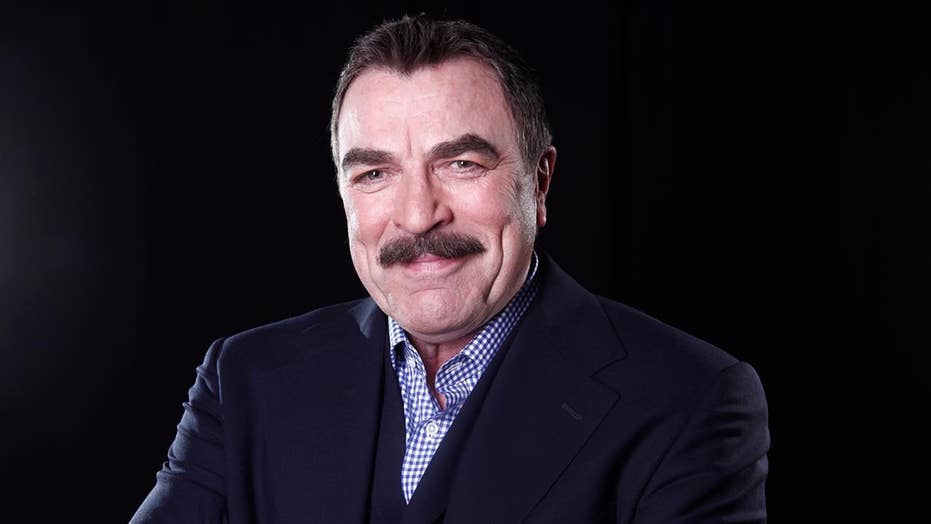 Tom Selleck: Things you may not know

Fox411: Tom Selleck may be best known for his work on 'Magnum P.I.' - but there are still plenty of things you probably don't know about him.

Tom Selleck made a name for himself in the 1980s as private investigator Thomas Magnum over eight seasons of the hit series “Magnum P.I.” Fast-forward to the 2000s, and Selleck found himself with another long-running hit, CBS’ “Blue Bloods.”

Sporting one of the world’s most recognizable mustaches, Selleck has become one of America’s most well known and durable TV actors, but there are still a ton of facts you probably don’t know about the small screen superstar.

Tom Selleck gave up an iconic role because of "Magnum P.I." (CBS)

Selleck’s big break on TV almost didn’t happen. Producers Steven Spielberg and George Lucas wanted him to play Indiana Jones on the big screen in “Raiders of the Lost Ark,” but he was already committed to “Magnum P.I.” after shooting the pilot for the show.

"[Spielberg and Lucas] held the offer out for about a month," Selleck said on the Late Show with David Letterman. “The more they held out the offer and talked to the network the more the network said no ... so I had to kind of move on."

Harrison Ford landed the iconic role … and the rest is history.

2. Selleck's 'Friends' gig was supposed to be short-lived

Executive producer Scott Silveri told Vulture that Selleck's role as Courteney Cox's much older boyfriend on "Friends" was meant to be brief.

"With Courteney (Cox) and Tom Selleck [in Season Two], if I'm not mistaken, there was no sense [at first] that it was going to become a relationship with a capital 'R,'" Silveri said. "They went into that, and it was going to be one episode, two tops. And then they had such good chemistry, the producers and the writers at the time decided to explore it a little more."

His recurring guest role as ophthalmologist Dr. Richard Burke scored him an Emmy nomination for Outstanding Guest Actor in a Comedy Series in 2000.

Tom Selleck's first wife and his current wife both appeared on his show. (AP)

Selleck was married twice and each of his wives had cameos on the hit show. His first wife, Jacqueline Ray, was featured in an episode titled “Birdman of Budapest.” They divorced in 1982 and he then married actress Jillie Mack, who played a small role in two episodes. The second time was the charm with Selleck – the two are still married and share a daughter.

Selleck could have had a very different career. (Jojo Whilden/ CBS)

The 6’4” heartthrob was once a skilled volleyball player at Hawaii’s Outrigger Canoe Club. Selleck received an honorable mention on the All American team in 1983, and according to a People magazine article from 1984, the only thing that held the actor back from “being a first-class player” was “Magnum P.I.”

5. Selleck’s ‘Magnum’ Ferrari 308 was auctioned off for big bucks

6. His daughter is an equestrian star

Selleck's daughter, Hannah, has a career of her own in the works. (CBS)

Tom’s daughter, Hannah Selleck, is a show jumper who has been riding since she was 4 years old. She told The Hollywood Reporter that she raises her horses in New Mexico because of the California drought and started a breeding business with her dad.

She said her father has been very supportive of her venture.

“He liked the idea of developing the babies and developing young horses, so he was a big supporter of this idea,” she said. “I had a couple top older grand prix horses that brought me along in my career, and when they weren’t able to do their job anymore, I decided to breed them.”

7. He went to USC on a basketball scholarship

Selleck showcased his basketball skills while in college at USC. (CBS)

Tom played for the Trojans' men’s basketball team as a 200-pound forward in 1965.

An excerpt from the University of Southern California’s basketball guide included a description of Selleck at the time, calling him an “[a]gile and quick performer who adds depth on front line. Business administration major is good jumper with fine mobility. Rapidly improving shooter has impressed coaches with his hustle in practice. Needs to work on defense."

8. Tom was the Marlboro Man (kind of)

Selleck held a surprising role that stuck with him. (Reuters)

Selleck promoted Salem cigarettes as a young actor and model to pay the rent.

“I did a Salem billboard for about 500 bucks and forever since I’ve been called the Marlboro Man. I did commercials and maybe four still photography jobs to pay the rent,” he told TV Guide. “But in those days, being known as a male model didn’t help your career.”