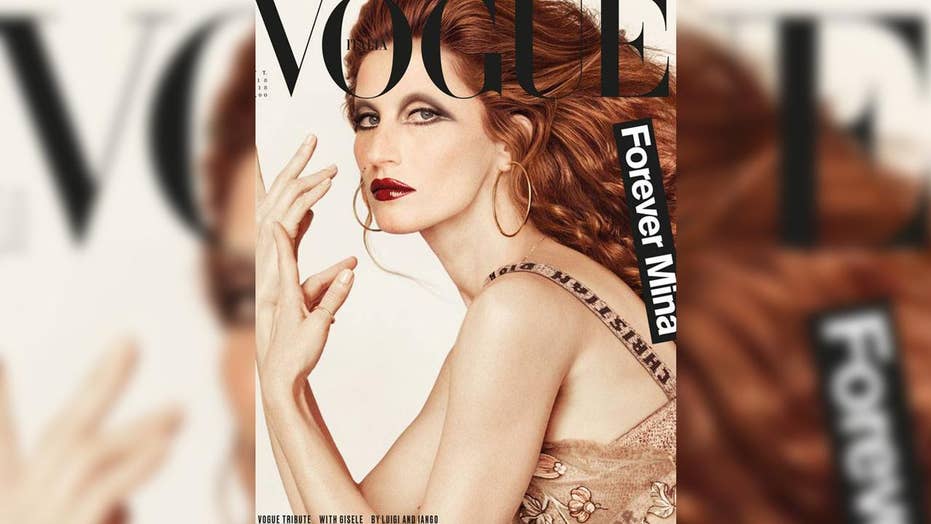 Supermodel Gisele Bündchen undergoes an edgy transformation for the cover of Vogue Italia. The magazine and model is honoring the career of singer Mina.

Now that Tom Brady has clocked in yet another Super Bowl win for the New England Patriots, he spent some time with his supermodel wife, Gisele Bundchen, to celebrate Valentine’s Day.

The couple exchanged sweet posts about one another on social media Thursday commemorating their relationship and showing off some strikingly beautiful locations.

Brady was first to share a snap of him planting kisses on his supermodel wife as they appear to be vacationing in some kind of tropical environment. They’re all smiles as he hugs her from behind.

The caption roughly translates from Portuguese to read: “I love you so much love of my life.”

Bundchen soon followed suit, sharing an intimate snap of her embracing him on what appears to be a beach. He’s clad in a traditional white short-sleeved shirt while she’s wearing a yellow tank top and high-waisted jeans.

It would make sense that the duo would be celebrating on vacation — earlier this month, Brady led his team to a sixth Super Bowl win against the Los Angeles Rams. Although the game was low-scoring and many found it boring, Brady accepted the Vince Lombardi trophy after a 13-3 victory.

Bundchen, meanwhile, shared some thoughts on love a few days prior in a separate Instagram post that seemed to be directed at both her husband and fans in general.

"Words have power. If love and kindness lie behind these words, they become charged with positivity and can have a magical effect. But if thoughts and words arise from anger or jealousy, they can do a lot of damage," she wrote.