The schism is real in the Chrisley clan.

A rep for the Georgia Department of Revenue told Page Six that Todd and Julie’s allegations were “unfounded” despite the inclusion of text messages in the lawsuit allegedly exchanged by Lindsie and Waites.

Julie and Todd Chrisley of "Chrisley Knows Best" and "Growing Up Chrisley" were indicted on federal charges of bank fraud and tax evasion. The couple denied the allegations. (Getty)

“So the IRS completed there [sic] audit for the criminal side and then turned over the returns to us so we could bill them as well,” Waites allegedly texted. “The Feds are pushing it because they are saying the 75 million deal is for real. Including a show for your grandma by herself.”

In another exchange, Waites appeared to ask Lindsie to open up about her estranged father.

“So. Some stuff happened today and we have a meeting the first of the year that is super big and is all about todd like serious,” he allegedly texted. “So. I want to know if you would be willing to talk about him or her.”

“What is it in regards to,” Lindsie purportedly responded.

“What do you think,” he wrote back. “So. It will be a Fed and state meeting hosted by the Feds.”

“Despite the fact that Lindsie has nothing to do with Mr. and Mrs. Chrisley’s civil and criminal tax matters, it seems they have made her the main focus of their attention in order to distract from their own wrongdoing,” reads a statement from Lindsie’s attorney to Page Six.

The gossip page reported that the statement alleges that Lindsie has continued to deny any involvement in the matter, but became was “aware somehow” that she would be “dragged back into this unfortunate situation.” 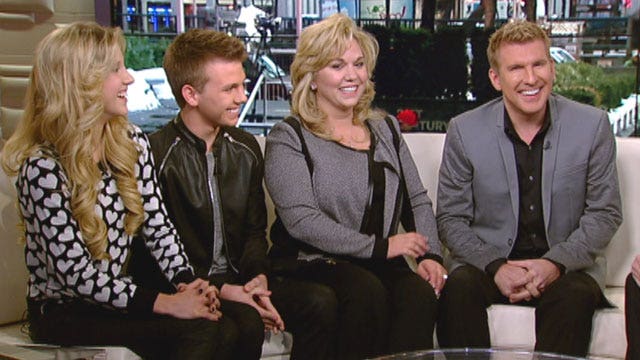 The eldest Chrisley daughter, 29, also ordered her father to stop “cyberbullying” her, referencing Todd’s alleged attempt to extort her over a sex tape that her brother Chase, 23, purchased. Lindsie claimed that the reality star father-son duo threatened to release the tape if she didn’t lie about an undisclosed “incident” that allegedly occurred.

“If Mr. Chrisley has truly forgiven his daughter and truly loves her as he says, then we hope that he will no longer involve her in his litigation, no longer attempt to or actually procure nude photos and videos of her, and no longer threaten her with humiliation and cyberbullying,” concluded the statement.