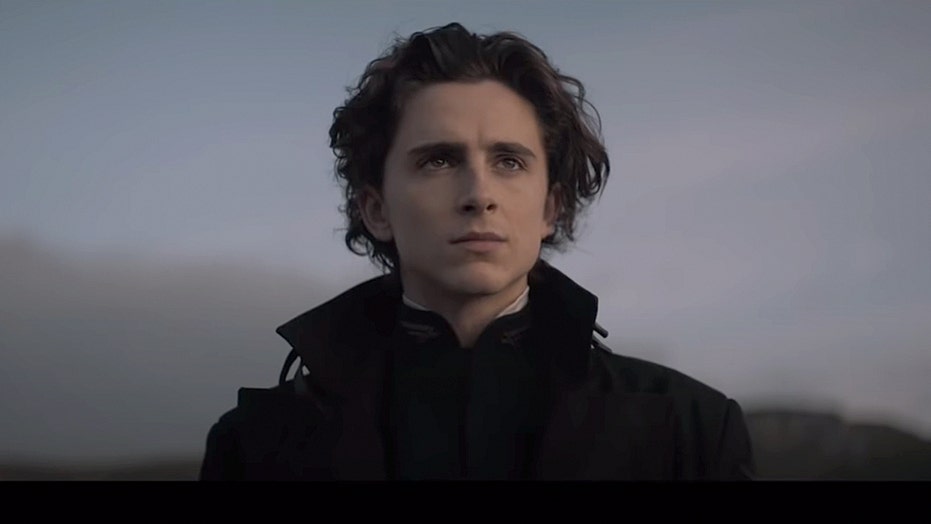 Timothée Chalamet is front and center as the young Paul Atreides in the new "Dune" trailer, which dropped on Wednesday.

In the epic sci-fiction film based on the 1965 novel of the same name by Frank Herbert, the 23-year-old Oscar nominee stars alongside Josh Brolin, Javier Bardem, Dave Bautista, Zendaya, Rebecca Ferguson, Oscar Isaac and Jason Momoa.

Denis Villeneuve (“Arrival” and “Blade Runner 2049") directed the Warner Bros. and Legendary produced-film, the screenplay was penned by Jon Spaihts, Villeneuve and Eric Roth, with music by Hans Zimmer and cinematography by Greig Fraser.

The story follows Paul as he leads his family house in a battle to control the desert planet Arrakis and its precious resource, known as the spice.

“Fear is the mind-killer," Paul narrates as he must face his destiny.

“I do think there is a possibility of someone seeing this movie with the coming of age that Chani [Zendaya] and Paul are stepping into both in a huge obligation of birthright but also what all 16-, 17-, 18-year-olds go through which is just…growing up is hard," Chalamet described during a Twitter interview with Stephen Colbert. “There is a metaphor and lesson in this movie for everyone.”

“It’s going to be a mammoth moment when people have the chance to experience something that is not only just exquisite and a feast for the eyes but is also something that we should take home with us and into our hearts. This film can inspire change," said Sharon Duncan-Brewster, who plays Dr. Liet-Kynes.