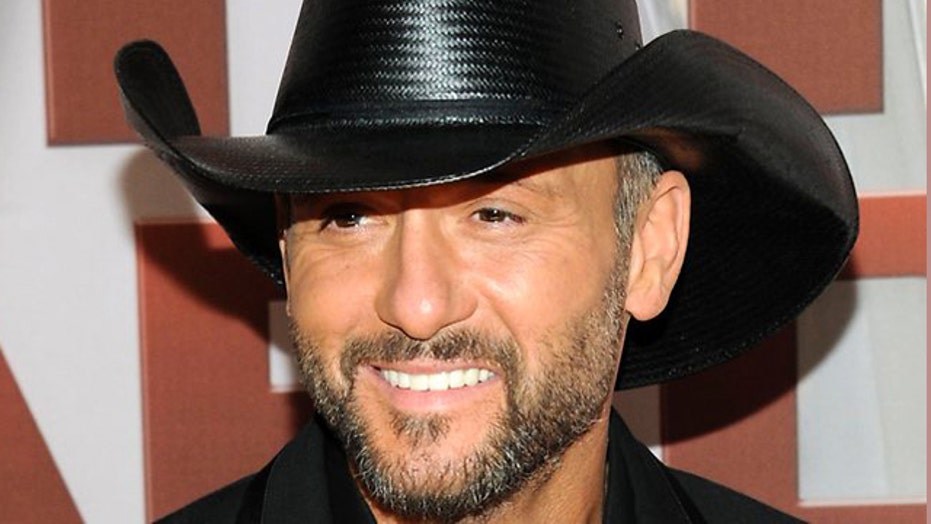 Tim McGraw is gracing the silver screen with a small role in Disney’s upcoming film "Tomorrowland."

The family adventure flick revolves around a former boy genius (George Clooney) and curious teenage girl Casey Newton (Britt Robertson) who set out on a mission to unearth the secrets of an unknown place and save the world in the process. Their goal is to uncover the mystery of a place known as Tomorrowland, which exists somewhere in time and space.

“There’s not much I can say about it because I read the script, I acted in the movie and I still don’t understand it,” the country singer tells Rolling Stone jokingly. “It’s a huge production; there’s a lot going on. All the stuff I hear back, it’s going to be spectacular. ”

McGraw has a decent resume as an actor, having previously appeared in the movies "The Blind Side" and "Country Strong," but he says the biggest challenge is finding the right role to accept.

“I get a lot [of scripts]; it’s just finding the right thing for the right time,” he notes. “It’s got to be something that moves me. As an artist, you’ve got to have a visceral reaction. If you have to think about it, it’s probably not the right thing.”

The country star appears alongside Clooney, Robertson, Hugh Laurie, Judy Greer and Kathryn Hahn in the film. "Tomorrowland" was directed by Brad Bird ("Mission: Impossible Ghost Protocol," "The Incredibles"). It’s scheduled to hit theaters on May 22.

You Think You Know Tim McGraw?