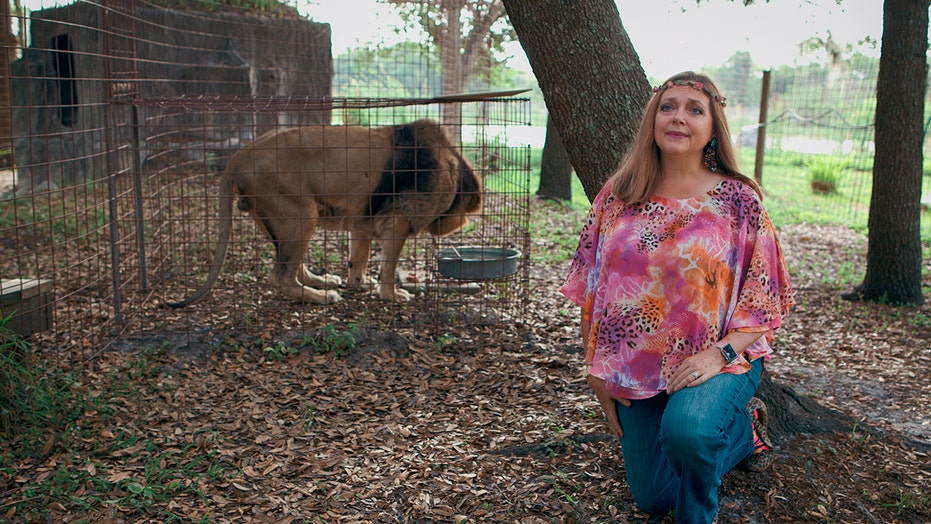 "Tiger King: Murder, Mayhem and Madness" star Carole Baskin fascinated viewers at the start of the Netflix series when her catchphrase "Hey you cool cats and kittens" went viral.

But after finishing episode three of the seven-episode series, observers pivoted from viewing Baskin as an outspoken animal rights activist to searching for answers as to whether or not she killed her former husband, Don Lewis, who disappeared years ago.

Episode three involves Baskin's arch-nemesis, "Joe Exotic," real name Joseph Maldonado-Passage, spewing theories that Baskin is responsible for his death in addition to claims made by close friends and co-workers of Lewis.

As the series continues to captivate the world, including high-profile celebrities who have shared their own theories, the Hillsborough County Sheriff's Office announced Tuesday it is taking another look at Lewis' death after initially finding no hard evidence he was murdered -- and by whom.

Now, Baskin has taken to the website of her cat sanctuary, Big Cat Rescue, to vehemently deny she played a part in her husband's alleged death, all the while slamming the documentary's creators in the process.

"There are not words for how disappointing it is to see that the series not only does not do any of that, but has had the sole goal of being as salacious and sensational as possible to draw viewers," Baskin's statement reads. "As part of that, it has a segment devoted to suggesting, with lies and innuendos from people who are not credible, that I had a role in the disappearance of my husband Don in 1997."

'Tiger King' star "Joe Exotic" with one of his former tigers. (Netflix/Tiger King)

Baskin's statement includes some arguments she made in "Tiger King," such as how Lewis showed "signs of mental deterioration" prior to his disappearance.

She alleges her husband began "dumpster diving" and once had to rescue him from a dumpster because he "did not know where he was."

She claims Lewis was diagnosed with bipolar disorder and it was only after his disappearance that she found his prescription for it.

Baskin described her former husband's behavior as "increasingly strange," adding that he began defecating outside and once brought a homeless man home to live with the couple.

Included in her long list of arguments that she did not kill her husband, Baskin claimed the "rumor" that she fed Lewis' dead body through her company's meat grinder was a lie.

"The meat grinder shown in the video was enormous. Our meat grinder was one of those little tabletop, hand crank things, like you'd have in your kitchen at home, like the one pictured here," she wrote along with a photo of a small scale grinder.

Baskin also comes for Lewis' assistant, Anne McQueen, who suggests Baskin may have been behind his death. The Big Cat Rescue owner claimed she and Lewis caught McQueen embezzling "roughly $600,000 in properties" with the couple's money.

She also claimed that she told authorities to search for Lewis in Costa Rica -- a destination he frequented often -- because "one of the caretakers called and told me there were people reporting seeing him there."

"That is the only reason I urged the police to investigate there. But the series seems to imply I was suggesting he flew one of his planes there," she said.

'Tiger King' star Jeff Lowe poses for a photo with a tiger in one of his vehicles. (Netflix/Tiger King)

The activist also denied Lewis' pals' claims in "Tiger King" that he was a millionaire. She called this a "lie" and pointed readers to property records indicating he only owned two real estate properties.

"He may well have been worth six figures and, coming from a very modest background, would have felt he was rich. No one, including Anne McQueen who had access to his books, has ever provided any bank records or other evidence that he had more than that," Baskin wrote.

For her "bottom line" argument, Baskin concluded she "never threatened him" and "certainly had nothing to do with his disappearance."

She also insisted that an investigator previously told a podcast host that she was "courteous" and didn't appear to be "hiding anything."

The sheriff added that the department has yet to receive any leads that are "concrete."

“We hope the Sheriff’s plea for leads will result in new information about what happened to Don Lewis,” said Susan Bass, Big Cat Rescue's spokeswoman, in an email to The Associated Press this week.

Reps for Netflix did not immediately respond to Fox News' request for comment.