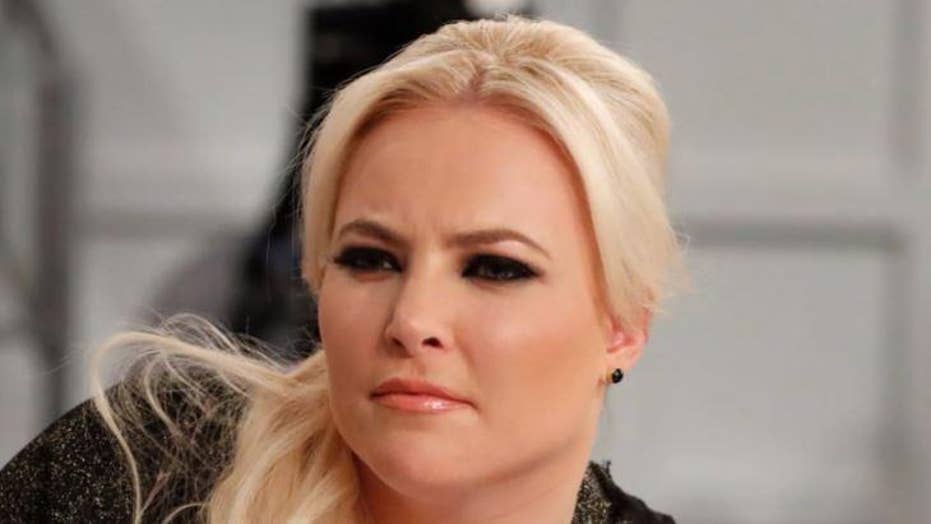 Things got a little tense on Tuesday's "The View."

During a discussion about Democratic presidential hopeful Pete Buttigieg, the gay mayor of South Bend, Ind., and his recent rise in popularity, Meghan McCain referred to a recent NBC/Wall Street Journal poll suggesting many Americans would be okay with a homosexual president.

The same poll, McCain pointed out, found only 25 percent would approve of having a socialist as president.

"The top of the list are African-Americans, second a white man, third a woman and fourth gay/lesbian. It’s not nearly as taboo as I think maybe old adages may have thought.

"What I also found fascinating was at the very bottom, only 25 percent of Americans are comfortable with a socialist becoming president."

McCain's liberal co-host Joy Behar then interjected that voters will "come around" on socialism once they get a better understanding of what it is - and the conversation got heated.

"People are smart," McCain said, to which Behar shot back: "So am I."

After a series of heated comments, including Behar pondering if her co-host was questioning her intelligence, McCain lamented: "I miss Whoopi [Goldberg] when she’s not here."

Goldberg, another co-host, was not on Tuesday's show.

McCain wrapped up the testy segment by saying: "I’m just trying to explain... Democratic Socialists could be leading you toward the path of Trump getting re-elected. Instead, I’m told I don’t understand what a Democratic Socialist is. I assure you, Joy, I do."