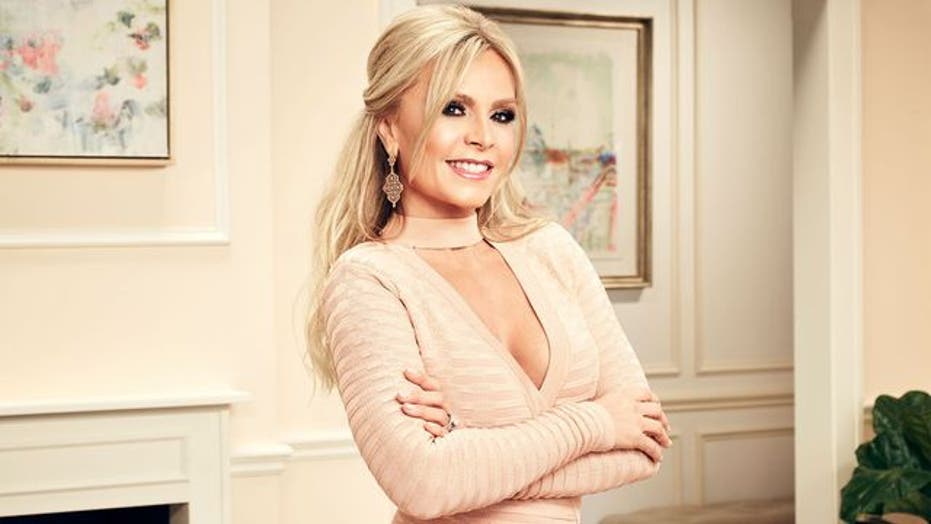 Tamra Judge is proud of her body and her age.

The 52-year-old "Real Housewives of Orange County" star clapped back with a stunning bikini photo at her Bravo cast members who age-shamed her.

"Cheers to being “old & geriatric” #rhoc #age-shamming #52 #grandma #4kids #fitmom #myhipswork #fitoldlady #hardworkpaysoff💪 #vegetarian ~The hypocrisy is disgusting," she captioned a photo of herself flexing in a mirror while wearing a tiny yellow swimsuit.

On Tuesday night's episode of the hit reality show, Emily Simpson and Kelly Dodd called her and friend Vicki Gunvalson, who is 57, "old and geriatric."

Gunvalson tweeted her disgust at the comments: "Watched @BravoRHOC last night & was shocked to hear @RealOCEmily bash me about my age of 57. Referencing me as 'old, I should be in a convalescent home, and geriatric.' Really? I can’t change my DOB and you will get there too."

The pair received tons of support from fans online.

'BOTCHED' PATIENT WITH 2 IMPLANTS IN EACH BREAST SHOCKS DUBROW, NASSIF: 'IT'S FORBIDDEN'

Another added: "Ageism is real. I try and respect everyone. We all get there."

"Don't listen to the haters!" cheered on another, while someone else joked: "If I looked like you I would be happy in my geriatric state 😂"

"Kelly and Emily will be there one day and they won't even come close to looking as good as you," warned a fan.

Judge previously pushed her body to the limit while training for a fitness competition in 2016.

"It's such a science, it's crazy. I had no idea. From the diet to the workouts to food sensitivities. Like, I had to have blood tests done and went to doctors. I mean, it's huge, because you have to really fine-tune your body," she told The Daily Dish at the time.

"So I worked out about two to three hours a day. Diet was super strict. I had to really cut out almost all my carbs because I found out I had a carb sensitivity. So instead of my body processing them as fuel, it gets stored as fat. So it was hard because that's where you get a lot of your energy from. And I take a ton of supplements," Judge said.

But the dedication and time commitment really took a toll on Judge.

"It's so emotional, too. Like, it's not just physical; it's in your head," she said. "When you stop carbs, it plays with your head. It plays with the serotonins. So you get sad or depressed or you get down on yourself or you're just super tired. So you had to just push through it."