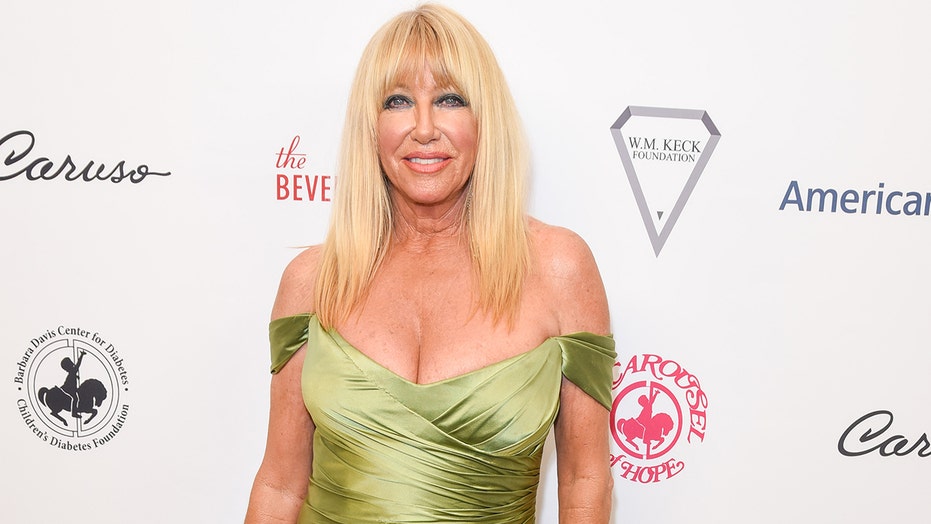 The 73-year-old actress appeared on "What Watch Happens Live with Andy Cohen" on Monday night to promote her new book, "A New Way to Age." Somers was asked to answer a series of questions in a speed round about her beauty secrets.

The "Three's Company" star talked about her workout routine, her skincare regimen and why a good sex life is also great for your skin.

SUZANNE SOMERS REVEALS HOW SHE IS STAYING SEXY IN HER 70S

Cohen asked: “How many days a week do you work out?”

She replied, "Every other day," adding that yoga is the best way to keep your body in shape.

The talk show host then asked Somers about her daily skincare routine.

She gets between 7 to 8 hours of sleep per night, she added.

For his final question, Cohen asked: "Is there a correlation between having good sex and a good skin complexion?”

Back in October, Somers confessed that she and her husband, Alan Hamel, have sex twice a day with the help of a PT-141 shot, which helps sexual arousal.

“I’m kind of in that groove, like when you were younger and you’re in the mood all the time, and so is he because he’s on hormone replacements,” she told the Daily Mail at the time.

The couple does the shots on a weekly basis.

“I thought, 'Wow, what a great thing,'" Somers continued. “Because men have had Viagra, but this is actually a shot for both men and women that’s not a drug. It just stimulates that part of your brain that says, ‘Hey, I’m kind of in the mood.’ And, so, isn’t that a wonderful thing? And it’s not a drug, so I love it."

Somers and Hamel have been married since 1977.