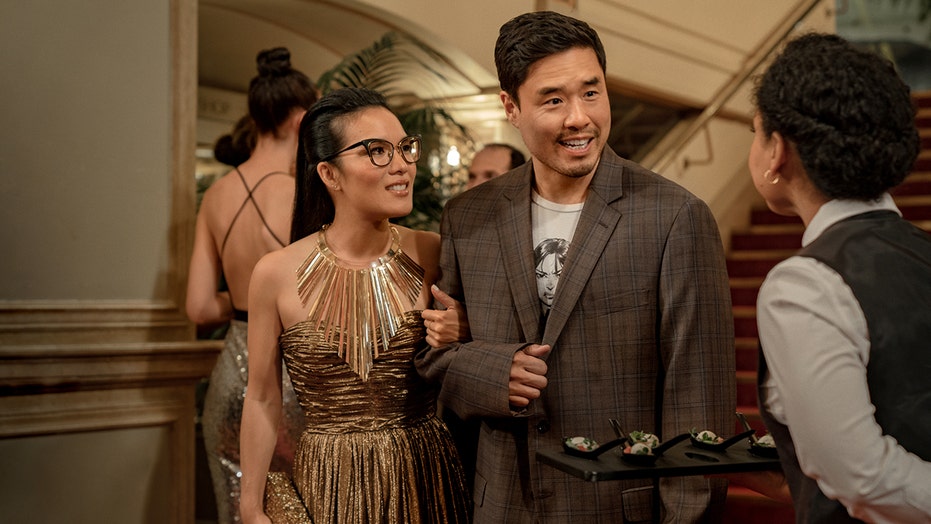 In a world where big-budget superhero movies and franchises are taking over modern cinema, it can be hard for the hopeless romantics among us to find a good old-fashioned romantic comedy.

Fortunately for those who like a classic "will-they-won’t-they story" about an unlikely couple falling in love, Netflix is here to let you stream some of the best and most hilarious rom-coms.

While many make fun of the genre for being too formulaic, die-hard fans have always been able to spot the subtleties that separate the good from the truly amazing. To help wean out the lesser movies and help you plan your next Netflix weekend binge-watch, below is a rundown of the top five romantic comedy movies now available on Netflix:

The 2019 movie 'Always Be My Maybe' is currently streaming on Netflix. (Netflix)

This 2019 romantic comedy written by comedian Ali Wong, Randall Park and Michael Golamco is the perfect choice for those looking for a more modern take on the classic childhood best friends love story.

Those who tune in will meet Sasha Tran and Marcus Kim, who grew up next door to one another in San Francisco. Because Sasha’s parents were typically working, she was often invited to Marcus’ place to learn to cook dinner with his mother. Unfortunately, when tragedy strikes Marcus’ household, the grief causes a wedge between the two friends that’s only mended years later, when she returns to town as a successful chef and is shocked to find that the guy she used to love hasn’t grown up much. She’s even more shocked to find that she still loves him.

This laugh-out-loud comedy hits all the classic rom-com tropes but finds a way to make them feel fresh. Add in some catchy music from Park and a guest cameo by Keanu Reeves and you’ve got one of the best new romantic comedies in recent memory.

'Can't Hardly Wait' is one of the many romantic comedies available on Netflix. (Sony Pictures)

For those who want to go a little less modern when it comes to their romantic comedies, perhaps this high school party gem from 1998 will suffice.

Almost the entire story takes place at a high school graduation party as various nerds and unpopular kids take their last shot at being a somebody at their suburban school. Some, meanwhile, are simply out to get revenge on the bullies that wronged them over the years. For one man, it’s his last chance to tell his crush of four years that he’s in love with her before they go off to college. As the night plays out, everyone finds love and/or justice in various unconventional ways that keep the audience gripped — and reminds us of a simpler time when high school politics were everything.

‘He’s Just Not That Into You’

'He's Just Not That Into You' is one of the many romantic comedies available now on Netflix. (Warner Bros.)

Although most people turn to romantic comedies for laughs, some of the best walk the line of comedy and drama. Such is the case for the 2009 film based on the self-help book of the same name, “He’s Just Not That Into You.” It’s the perfect choice for anyone who is sick of seeing the good guys always win in the end and wants to see both the lighter and darker side of modern romance.

The film focuses on a single group of people and tells the story of four different couples. Some of them end up together in the end and others show that not everyone who has a meet-cute belongs together forever. This film can also boast an all-star cast of characters, including Ben Affleck, Bradley Cooper, Drew Barrymore, Jennifer Connelly, Scarlett Johansson and more. "He's Just Not That Into You" is the perfect choice for those next-level rom-com viewers who want more than the average laugh fest.

The 2005 romantic comedy 'Hitch' is available on Netflix. (Lawrence Lucier/FilmMagic)

The story focuses on Alex “Hitch” Hitchens, a professional consultant who helps guys that are terrible at flirting woo the women they love. While that may sound gross, Hitch prides himself on helping men bring out the good qualities that are inside them rather than simply tricking women into liking nerds.

However, when gossip columnist Sara Melas gets wise that there’s a “date doctor” going around duping women, she starts investigating and forces the notorious date doctor to reevaluate everything he thinks about relationships. The end result is a wholesale comedic movie that is sure to make you believe that charm and a good heart trump money and good looks every time.

Hugh Jackman and Liev Schreiber star in 'Kate and Leopold,' which is available on Netflix. (Miramax)

In one of Meg Ryan’s last outings as the lead of a film in the genre, this 2001 romantic comedy has a bit of everything including love, science fiction, comedy, history and the charm of Hugh Jackman.

The story begins in 1876, when a man named Leopold discovers that his relative from the year 2001 has discovered naturally occurring portals that allow someone to travel through time. When Leopold is forced to chase his relative through one of these portals, he finds himself a fish-out-of-water in the year 2001. In addition to the utter culture shock, Leopold starts to grow an affection for his relative's downstairs neighbor and ex-girlfriend, Kate.

For those that want a classic love story set in a classic setting with two classic romantic comedy actors, one could do a lot worse than streaming “Kate and Leopold.”