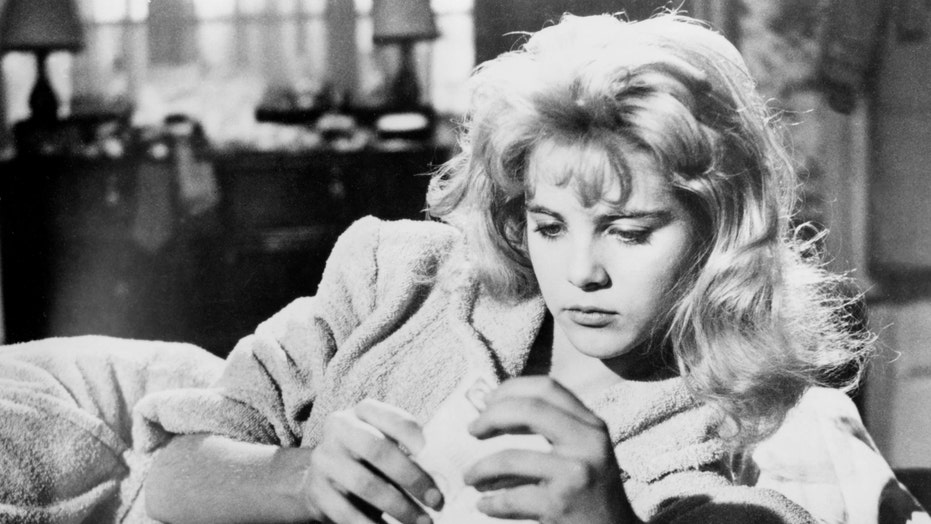 "Lolita" actress Sue Lyon has died, Fox News can confirm. She was 73.

Her daughter, Nona, said the star died this past Thursday at around 11 a.m. in her assisted-living facility in North Hollywood, Calif.

"She suffered from declining health for a few years leading up to her passing," Nona said. "In the end, she left this earth with grace, surrounded by people who loved her."

Nona added: "At this time, we are privately mourning her loss and have not made any plans for a public memorial.  We ask that her fans, whom she loved very much, to respect our privacy at this time and when we decide to have a public memorial, we will reach out with the details."

Sue Lyon posing for a portrait in a scene from the movie "Lolita." (Michael Ochs Archives/Getty Images, File)

The story followed a middle-aged professor who became infatuated with a 12-year-old girl whom he nicknamed “Lolita.”

Lyon beat out over 800 other girls who auditioned for the role, Entertainment Weekly reported.

Following "Lolita," Lyon went on to appear in "The Night of the Iguana," "Tony Rome" and "Evel Knievel," among others. The 1980 horror film "Alligator" was her most recent acting credit.

In 1963, she won a Golden Globe for most promising female newcomer.

Lyon reportedly was married five times. She was survived by her daughter.