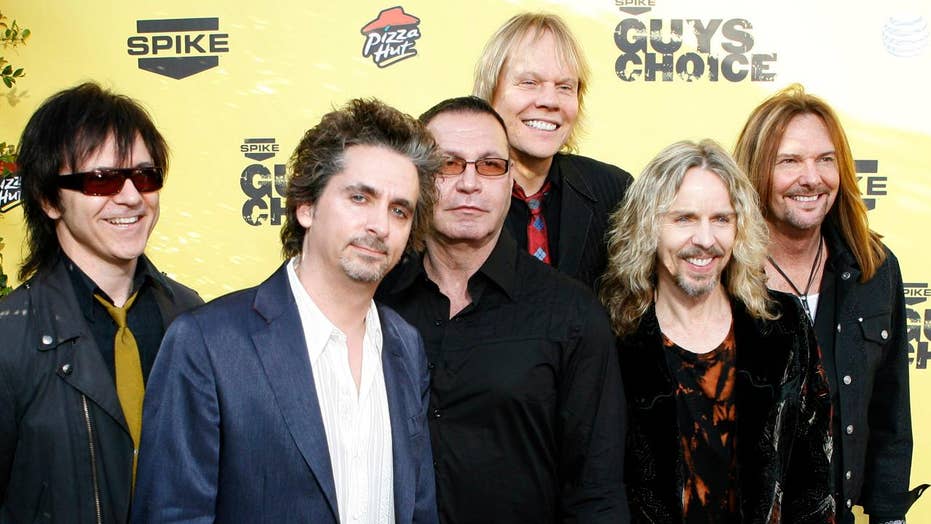 STYX returns with ‘The Mission’

American rock band Styx is gearing up to embark on a new tour, and they’re on a mission to unite the country.

The Chicago-based group will heat things up this summer with the “United We Rock” tour, where they’ll join Reo Speedwagon and special guest star Don Felder, formerly of the Eagles, to perform throughout the country, starting with Ridgefield, Washington on June 20th.

The artists are hoping their upcoming performances will unite Americans to enjoy some feel-good tunes.

“I think in any given time, it’s always important for there to be a music that brings people together,” guitarist Tommy Shaw told Fox News hinting at the current political climate. “And we’ve always really prided ourselves in that. We’re all inclusive, all welcoming and it’s always just about the music. And the music is a great uniter. This particular summer, we’re reuniting with our friends whom we’ve toured with in the past. And a lot of these songs are a part of the great American classic songbook.”

James “JY” Young said part of their goal is to bring together fans with varying political views.

Vocalist Lawrence Gowan added that the theme of their first studio album in 14 years is one that anyone can identify with, and it was inspired by the space program.

“I think in a time when the world is so fractured and yet seems to want unity, I think on ‘The Mission,’ on this album, [I think] that’s one of the most positive, most uniting factors that exist in the world today is the space program,” he said of the inspiration behind their upcoming release.

Gowan added that rock music is “the best bit of glue that we’ve been able to have in our lives.”

Since the band has been rocking since 1972 and selling millions of records throught that time, they’ve developed a unique fan base, which even includes one politician who wasn’t afraid to make his presence known.

Young recalled one day during the Sturgis Motorcycle Rally in South Dakota when Peter Fonda was getting inducted into the biker Hall of Fame. But it wasn’t the “Easy Rider” that approached him.

“Across the hall from a hotel, there was about a 6’6” gentleman that yelled at me ‘James Young from Styx!’” recalled the rocker. “And then he said, ‘Hi, I’m Congressman John Thune’ — who now has gone on to become the Republican Senator in the great state of South Dakota. That was a unique encounter where someone who’s in the United States Senate actually recognized me from listening to our music.”

As Styx continues to perform on a restless pace with doing well over 100 shows a year, the group does have some personal regrets.

“I would have made more interesting hairstyle choices, I think somewhere along the way,” joked Gowan “I think I could have enhanced it in so many ways.”

“I think I would have let somebody else trim my bangs back in the ‘70s,” added Shaw.

Young, on the other hand, is perfectly content with the group’s journey and lasting success.

“You know, you learn from your successes as well as your mistakes,” he said. “A few years back, I would have given you a long laundry list [of regrets], but right now I feel like everything that’s gone before this band has brought us to this wonderful moment in time and we’re better off for the good and the bad. We’ve learned from it all.”

Tickets for “United We Rock” are currently available here and the band's 16th studio album, “The Mission,” will be released on June 16, 2017.