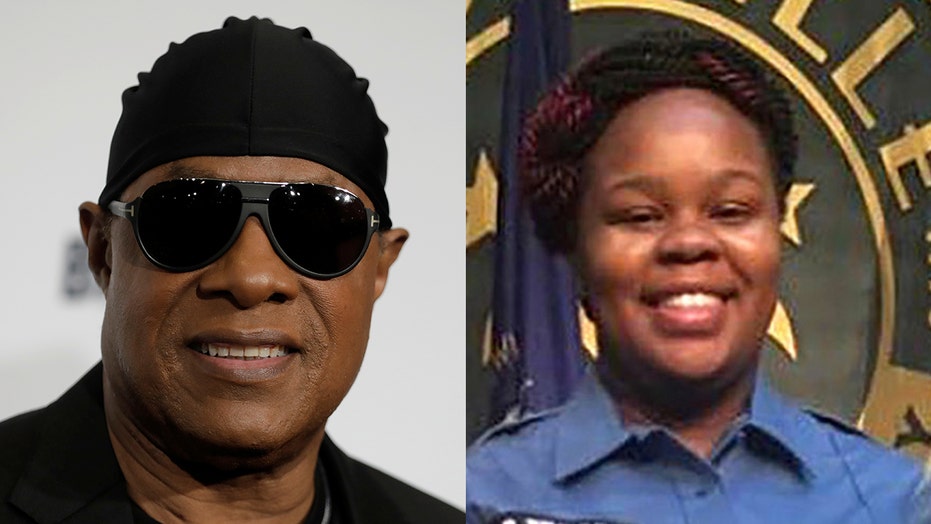 Stevie Wonder gave an impassioned spoken word monologue on Wednesday in response to the latest developments in the Breonna Taylor shooting case.

One of three officers involved in the Louisville, Ky., drug operation that led to the death of Taylor, 26, in March was indicted Wednesday on criminal charges.

State Attorney General Daniel Cameron announced in a press conference that Officer Brett Hankison, whom the department fired earlier this year, was indicted on three counts of wanton endangerment in the first degree for reportedly shooting into Taylor’s neighbor’s homes.

Wonder, 70, titled his monologue, “The Universe Is Watching Us — Stevie Wonder In His Feelings.”

The “Isn’t She Lovely” singer not only touched on Taylor’s case, but spoke about protests amid the Black Lives Matter movement, voting in the upcoming election, and honoring Supreme Court Justice Ruth Bader Ginsburg and U.S. Rep. John Lewis, both of whom died this year.

“Truth: Mail-in voting is, and has always been, safe. The current president uses the system. Truth: Black and brown people want safety just like everybody else. Truth: You better believe people have come to our communities, co-opted our cause, incited violence. The community knows it, even if you don’t and won’t report it,” Wonder began.

He continued: “Truth: No amount of money has ever brought a life back. Ask yourself, ‘Why so long for Breonna Taylor?'”

On Sept. 15, the city settled a lawsuit against the three officers -- Hankison, Myles Cosgrove and Sgt. Jonathan Mattingly -- brought by Taylor’s mother, Tamika Palmer, agreeing to pay her $12 million and enact police reforms.

“Why can’t we hear love? The greater truth. As opposed to being consumed and bombarded by conspiracy and lies,” Wonder question. “Where’s our love for each other? Where’s our love for our country? Where is the love that will make us do what is right?”

“You will do something about it because we can’t take the chance that someone else will do what we have to do. We can’t put it in the hands of fate,” he said, repeating the latter phrasing throughout the spoken word.

He continued: “You say you’re sick and tired of us protesting. I say not tired enough to make a change.

“You say you believe that all lives matter. I say I don’t believe the f--k you do,” a passionate Wonder expressed.

“You say those innocent lives shouldn’t have been taken. I say, for them is why we take a knee,” he said, before breaking down in tears.

Taylor, an emergency medical worker, was shot multiple times by officers who entered her home using a no-knock warrant during a narcotics investigation. The warrant used to search her home was connected to a suspect who did not live there, and no drugs were found inside. The use of no-knock warrants has since been banned in Louisville.

Wonder continued to get emotional when addressing the “innocent lives that have been taken” and stressed the importance of voting in the 2020 presidential election.

“We just can’t put November in the hands of fate, but we can put it in our hands,” he said.

The Motown music legend continued: “The universe is still watching us and now Justice Ruth Bader Ginsburg is watching us too. So please, let’s do life. It is worth living and loving and being together.

“Do as John Lewis said: Do good trouble. And for me good trouble is bringing our nation — this nation! — back together again. And the way we do that is to vote justice in and injustice out,” Wonder concluded.

The music legend’s spoken word follows in the footsteps of many other celebrities who reacted to the latest developments in Taylor’s case on Wednesday.