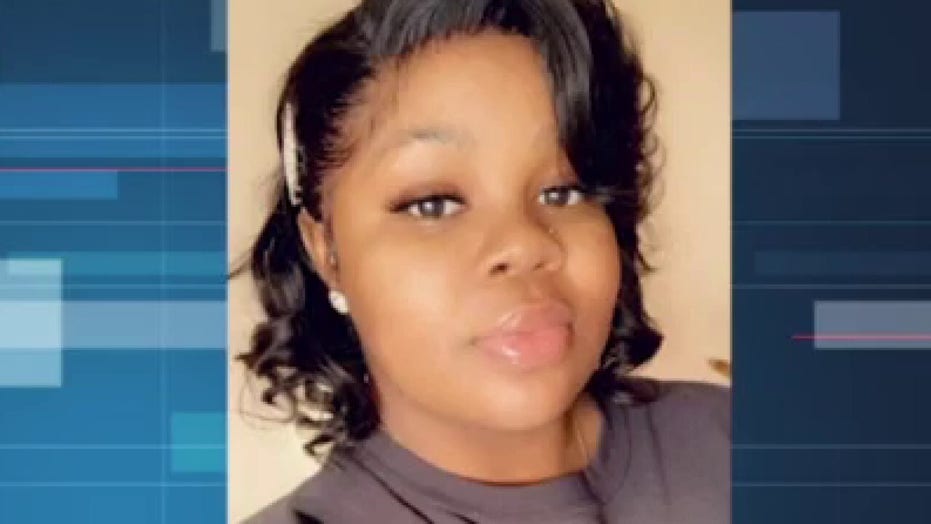 One of three officers involved in the Louisville, Ky., drug operation that led to the police shooting and death of Breonna Taylor in March 2020 was indicted Wednesday on criminal charges.

State Attorney General Daniel Cameron announced in a press conference that Officer Brett Hankison, who the department fired earlier this year, was indicted on three counts of wanton endangerment in the first degree.

Many celebs flocked to Twitter to react to the news.

"What we saw today was not justice. May Breonna Taylor's spirit rest in power as we all continue the fight #justiceforbreonnataylor," Padma Lakshmi wrote.

Emmy-winning "Schitt's Creek" star Dan Levy said, "Disgusted. Enraged. Heartbroken. Please contribute if you can. Justice should not be a luxury. #BreonnaTaylor."

Actress Yvette Nicole Brown wrote, No. Officers. Charged. In. The. Killing. Of. #BreonnaTaylor. One. Was. Charged. For. Endangering. But. NOT. Killing. Her. Neighbors. #MakeMeWannaHollerAndThrowUpBothMyHands."

"I don’t have the words. #BreonnaTaylor and her family deserve justice," wrote actress-singer Mandy Moore.

Actor and director George Clooney said in a statement to Deadline: "The justice system I was raised to believe in holds people responsible for their actions. Her name was Breonna Taylor and she was shot to death in her bed by 3 white police officers, who will not be charged with any crime for her death. I know the community. I know the commonwealth. And I was taught in the schools and churches of Kentucky what is right and what is wrong. I’m ashamed of this decision."

"Daniel Cameron is on Donald Trump’s short list as replacement of #RGB on the Supreme Court. The same man who decided to not charge the officers responsible for killing #BreonnaTaylor. Vote," said actress-producer Kerry Washington.

Rapper Common posted a quote from activist James Baldwin. "'To be a Negro in this country and to be relatively conscious is to be in a state of rage almost all of the time.' James Baldwin. #BreonnaTaylor."

Actor Ron Perlman wrote, "Brett Hankison, one of Breonna Taylor’s murderers, was NOT charged with murder, but with wanton endangerment. This crime is punishable with up to five years in prison. That’s one year for each bullet fired into her sleeping body. NOT GOOD ENOUGH."

Yara Shahidi said, "What is most insulting is that the recommended charges aren't even in response to the MURDER of Breonna Taylor, but to the POTENTIAL injury of other people in the apartment....."

Singer JoJo wrote: "Sending love to Breonna’s family. To Louisville" and "Wow. This is America."

Singers and sisters Aly and AJ Michalka posted: "Paying the family off with a settlement & charging the cop who killed #BreonnaTaylor with a Class D felony isn’t good enough. What else is a class D felony in Louisville: shoplifting, cultivating marijuana, stealing mail. Let that sink in. Shame on you Kentucky AG Daniel Cameron."

Actor Anthony Rapp added, "Black Lives Matter. Breonna Taylor’s life mattered. What has been announced in Kentucky is not even remotely in the realm of anything that even begins to approach true justice for her murder."

No charges were immediately announced against the two other officers involved in the raid, Myles Cosgrove and Sgt. Johnathan Mattingly, who was shot in the leg and underwent surgery after the police operation that resulted in Taylor's death.

Taylor, an emergency medical worker, was shot multiple times by officers who entered her home using a no-knock warrant during a narcotics investigation. The warrant used to search her home was connected to a suspect who did not live there, and no drugs were found inside. The use of no-knock warrants has since been banned by Louisville’s Metro Council.