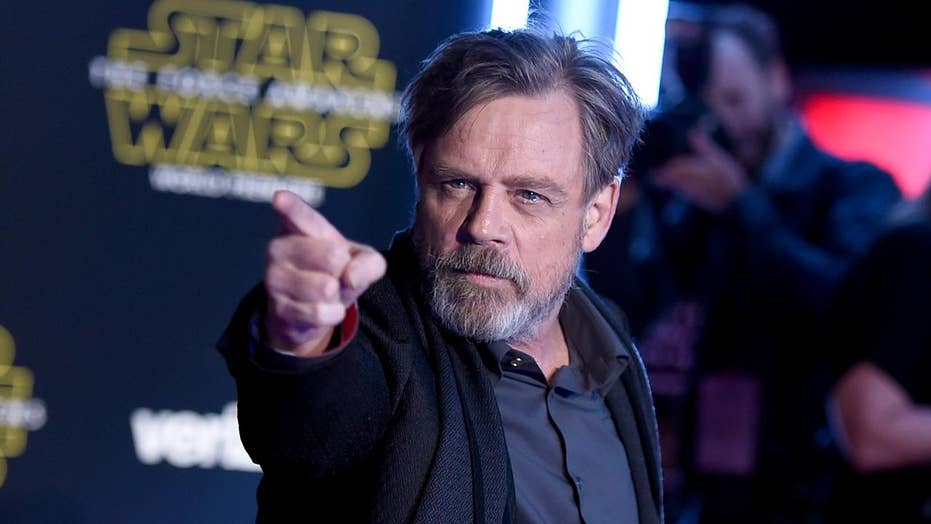 Mark Hamill says he was shocked by 'The Last Jedi'

Mark Hamill has revealed that Harrison Ford really didn’t appreciate being kept in the dark about the biggest "Star Wars" secret ever.

It was in the second "Star Wars"movie, "The Empire Strikes Back," that Luke Skywalker discovered his father is Darth Vader.

But the twist was kept secret from most of the cast and instead it said in their scripts that Vader would tell Luke it was Obi Wan who killed his real dad.

“The idea of Alec Guinness being the real villain, I thought, ‘wow, what a spectacular twist’,” Hamill told Graham Norton in a recent interview.

Hamill was then filled in on what was really going to happen in the famous scene.

“The director ... took me aside and he said, ‘I have to tell you something. I know it, George Lucas knows it and when I tell you, you’ll know it. But if it leaks, we’ll know it was you.’

And he handed me the piece of paper that said, ‘I am your father.’ I was shocked.”

Hamill told Norton that he was sworn to secrecy and struggled to keep the twist to himself for a year and a half before the movie hit cinemas in 1980.

“I didn’t tell Carrie [Fisher],” Hamill said. “She had no vault whatsoever. In fact Harrison and I would test her. If you really wanted to get something out fast, you’d ask Carrie to keep it out in her confidence and out it would go.”

When the cast sat down and watched "The Empire Strikes Back" at the premiere, the majority of them were shocked by Darth Vader’s revelation.

“At the screening when that happened, Harrison turned to me and said, ‘Hey kid, you didn’t f-----g tell me that,’” Hamill said.

“I apologize for the F-bomb, I only use it for historical accuracy.”

The latest "Star Wars" movie, "The Last Jedi," is in cinemas now and had the second largest ever opening weekend at the Australian box office.

Most critics have raved about the movie which currently has a 92 per cent rating on Rotten Tomatoes. But true "Star Wars" fans haven’t been as glowing in their praise and the film has just a 56 per cent approval rating from cinemagoers on Rotten Tomatoes.

News.com.au’s Frank Chung labelled "The Last Jedi" as “the worst Star Wars movie ever” in a scathing review.

“As bad as the George Lucas prequels were, at least they felt like they took place in the Star Wars universe,” he wrote.

“These new movies feel like a parody of Star Wars — a combination of Nickelodeon special and bad Saturday Night Live sketch.”