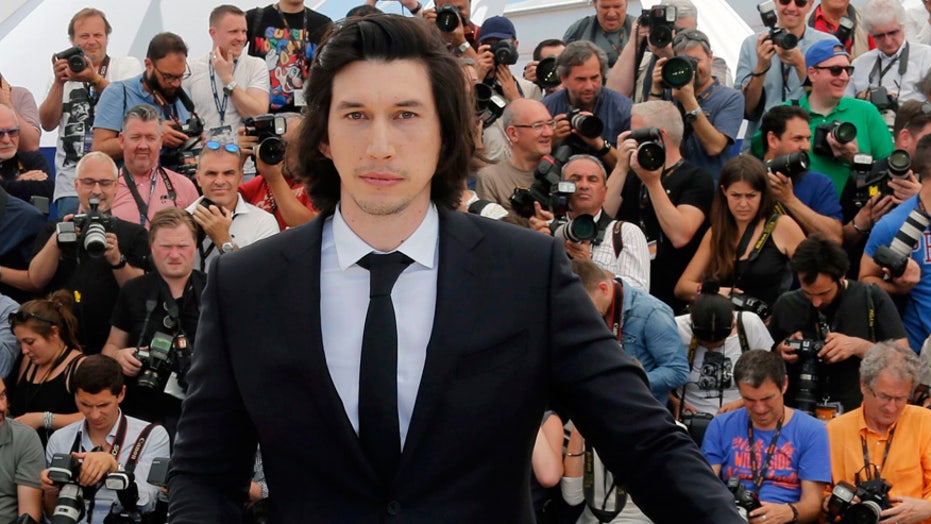 Adam Driver is spilling the beans on what items he had to lift from the “Star Wars” set after filming wrapped on the final movie, “The Rise of Skywalker.”

The 36-year-old actor appeared on “The Late Show with Stephen Colbert” on Monday and when asked by the witty host, “What’s it like to hang up your lightsaber?” the Kylo Ren performer admitted he never really gave up his coveted fictional weapon.

"I also have it, so I literally hung it up. It's in a box, but it's hung in the box," Driver revealed to the audience. The “BlacKkKlansman” actor noted that he sought permission from director J.J. Abrams to harbor some keepsakes of his own from his time donning the Kylo Ren cape, adding, "I took a lot of stuff this last time. I have the whole costume."

In discussing the culmination of the Abrams-driven film, Driver marveled at the story arc created by the filmmaker and screenwriter Chris Terrio, providing an interesting context to the level of difficulty the pair took on.

"[Abrams] had a really tall order not just to wrap up three movies, but nine of them,” Driver explained. “And I think what he and Chris Terrio came up with, I have to say, is pretty unique and rare."

Disney and Lucasfilm announced in July 2018 that the final installment of the second “Star Wars” trilogy would be reserved for the now-General Leia and with co-star Billie Lourd's blessing and would include unused archival footage from the first installment, “The Force Awakens.”

Abrams discovered the footage of Carrie Fisher and rewrote scenes to include in “The Rise of Skywalker.”

“Star Wars: The Rise of Skywalker” is slated to premiere on Dec. 20.