Why Hailey Clauson's Grandma Ripped Up Her Sports Illustrated Issue

Sports Illustrated model Hailey Clauson says her grandma ripped up her swimsuit issue — but it turns out she did it for the cutest reason imaginable.

Hailey Clauson is making a major splash once again.

Sports Illustrated Swimsuit recently announced the blonde bombshell will be appearing in the upcoming 2019 issue. According to the magazine, the California pinup was shooting at Kangaroo Island in South Australia with photographer Josie Clough. It will mark Clauson’s fifth year with the popular publication.

Clauson first hit the waves for Sports Illustrated Swimsuit in 2015 and then landed the 2016 cover alongside Ashley Graham and Ronda Rousey.

“When Hailey joined our SI Swimsuit family as a rookie [in 2015], I knew that she was the future of our brand,” said SI Swimsuit editor MJ Day at the time. “She’s young for the industry. She has her entire career ahead of her. Yet to me, it was so obvious that she had only begun to blossom, and now that she’s landed the cover, I know her career is going to go crazy. When I look at Hailey’s photos, I see a legend in the making.”

Clauson’s journey as a sought-after model first began when she was just 13 and attended an open call for an agency in Los Angeles. But earlier this year, the 23-year-old admitted to Ocean Drive she almost gave up her career.

“My body really changed when I was 17 or 18, like most girls, and I did not fit into sample sizes anymore,” she explained. “I took a year off and let myself be a normal teenager to figure out if I still wanted to do this or not, and I decided that I did.”

And while Clauson may be considered curvaceous in the fashion world, she was determined to proudly flaunt her assets in front of cameras.

Clauson did just that for Sports Illustrated — by baring nearly all in the Arctic Circle.

“It helped me embrace being myself, come into my own and love myself for me,” said Clauson. “… They’re a cool, awesome, happy crew to be around, and they’ve helped me embrace my body… And then once the issue comes out, it gives you a lot more recognition in the mainstream world, so it’s definitely changed my name in many amazing ways. I’m very thankful for it.”

Clauson credited her idols, fellow models Claudia Schiffer, Cindy Crawford, Linda Evangelista and Naomi Campbell for inspiring her to pursue her dream as a model.

“My mother would always tell me about these amazing supermodels [who] almost had superpowers,” said Clauson. “I was really inspired by them and the fact that they were more than just models. All of these women have taken advantage of their opportunities and created businesses out of them… creating long-term [ventures] for themselves that don’t really involve modeling, which I think is really amazing.”

And one person who isn’t complaining about Clauson stripping down for SI is her grandmother.

“When I went home to California, my grandma showed me the magazine I was in, even though I had already seen it,” Clauson told Fox News back in 2015. “She put star stickers all over it. It was really cute.”

But grandma didn’t stop there.

According to Clauson, she also ripped out every page that didn’t feature a photo of her granddaughter.

“She’s a funny lady,” chuckled Clauson at the time.

The cover girl also stressed she was grateful for the experience in more ways than one.

“The difference between Sports Illustrated and other modeling jobs that I’ve done is that you’re more recognized,” said Clauson. “And also, they take you to amazing locations with beautiful beaches, so I can’t complain.” 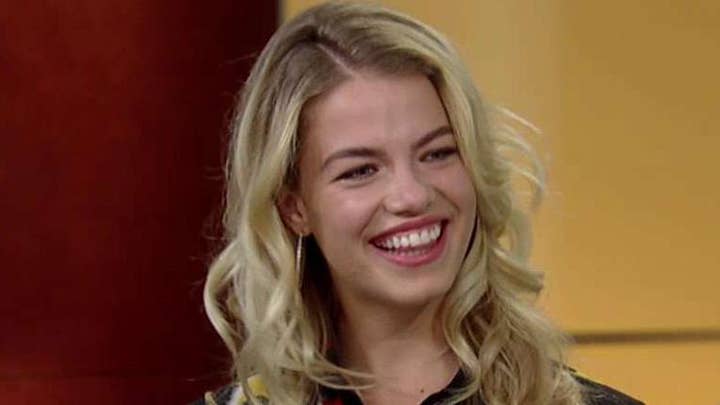