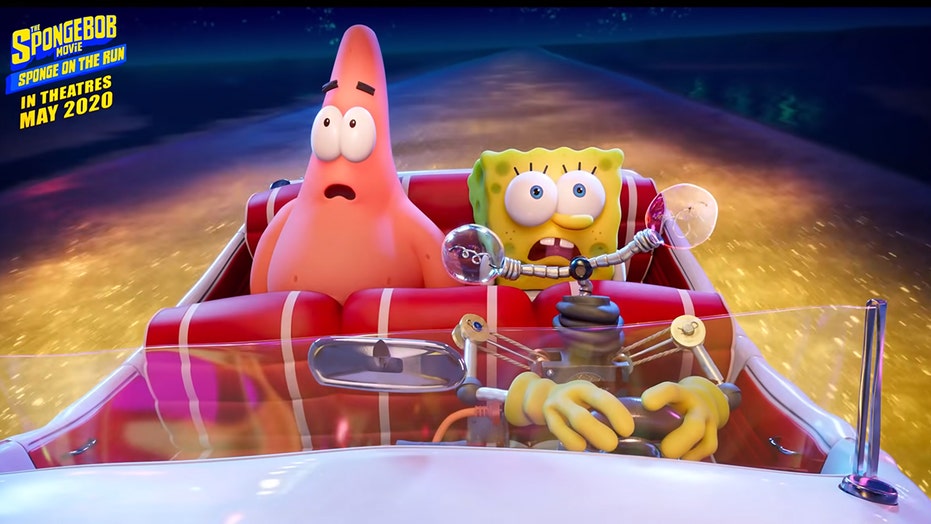 “The SpongeBob Movie: Sponge on the Run,” Paramount and Nickelodeon’s animated adventure based on the absorbent underwater fry cook, is skipping its planned theatrical debut. It will instead launch on premium digital rental services in early 2021 before landing exclusively on CBS All Access, the streaming service owned by the studio’s parent company, ViacomCBS.

It was originally slated to hit the big screen on May 22, but was postponed until Aug. 7 due to the coronavirus pandemic.

“We are thrilled to have ‘The Spongebob Movie: Sponge on the Run,’ a premier, first-run movie from one of ViacomCBS’ biggest brands, join CBS All Access’ expanding slate of franchise content from across ViacomCBS,” said Marc DeBevoise, chief digital officer at ViacomCBS, and president and CEO of ViacomCBS Digital. “This launch will be perfectly timed with our continued expansion and planned rebranding of the service in early 2021, as we welcome SpongeBob and the gang from Bikini Bottom to the service in the biggest way possible.”

All prior seasons of “SpongeBob Squarepants” will be available on CBS All Access as part of its ongoing expansion. In May, ViacomCBS CEO Bob Bakish announced that CBS All Access would undergo rebranding to incorporate more of the company’s cable brands and library programming, including Paramount Pictures’ vast film catalog and Comedy Central, Nickelodeon, BET, Smithsonian and MTV channels.

“I’m incredibly proud of this film, and the phenomenal cast and filmmaking team that made it happen,” said Mireille Soria, president of Paramount Animation. “Bringing this movie to life was a true collaboration and labor of love, and I’m thrilled for audiences to enjoy it as much as we enjoyed making it.”

Adds Ramsey Naito, executive VP of Nickelodeon Animation Production and Development, “We’re incredibly happy to give kids and families a much-deserved lift in any way we can, and the PVOD release of the new SpongeBob theatrical and putting all seasons of the TV series on CBS All Access are two of the best ways I can think of to get immersed in the optimism and joy that this terrific character represents.”

'The SpongeBob Movie: Sponge on the Run' has been delayed until 2021, and will debut via video on demand and on CBS All Access. (Paramount Pictures)

Numerous movies — including Universal’s “Trolls World Tour” and “The King of Staten Island,” Warner Bros. animated adventure “Scoob” and Disney’s “Artemis Fowl” — have opted to forgo traditional theatrical releases since cinemas across the country closed in mid-March to help stop the spread of coronavirus. Paramount recently sold its romantic comedy “The Lovebirds” to Netflix, given the uncertainty over when theaters might reopen. It was also supposed to release Aaron Sorkin’s “The Trial of the Chicago 7” this fall, but Netflix is negotiating a deal to buy that movie from Cross Creek Pictures, the film’s financier.

AMC, Regal and Cinemark, the three biggest theater chains, all plan to resume business sometime in July. Hollywood studios have mostly cleared their calendars through summer, but a handful of new movies are expected to greet moviegoers when multiplexes reopen next month. Disney’s “Mulan” on July 24 will be the first major release, followed by Christopher Nolan’s “Tenet” on July 31. Two smaller titles will open first: Russell Crowe’s thriller “Unhinged” on July 10, and Sony Pictures’ rom-com “The Broken Hearts Gallery” on July 17.

“Sponge on the Run” sees best friends SpongeBob SquarePants and Patrick Star venture out of Bikini Bottom and head to the Lost City of Atlantic City on a rescue mission to save SpongeBob’s trustee snail Gary. Its the third “SpongeBob” film, after 2004’s “The SpongeBob SquarePants Movie” and 2015’s “The SpongeBob Movie: Sponge Out of Water.” Those movies were commercially successful, earning over $450 million globally combined.