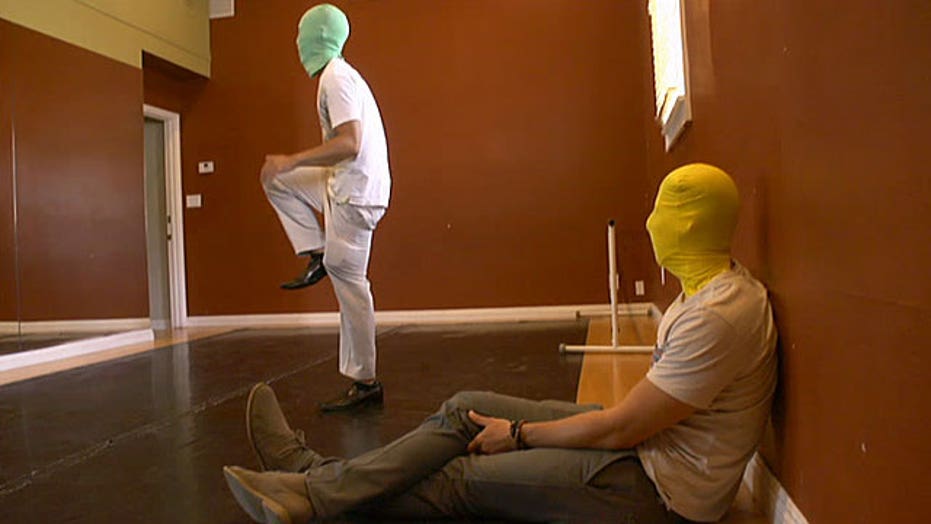 Singles wear bags on their heads in new dating show

Days of traditional dating shows like “The Bachelor” are quickly becoming a thing of the past. Now Asian-American network Myx TV debuted a new dating series on August 21, “Bagged,” that attempts to take the superficiality out of dating by requiring contestants to cover their faces while getting to know each other. One of the participants, Eunice Lee, told FOX411 all about her experience on the quirky new show, and why she tried to find love on television.

Dating someone with a bag over their head, “allows a guy to express more of his personality than just rely on his looks," Lee told FOX411. "A lot of the daters were really funny. Some of them really awkward, but I had a really fun time.”

The daters wore masks resembling that of a bank robber made of colored opaque panty-hose to cover their faces. According to Lee, it was impossible to discern any facial features except the prominence of a nose.

Although, Lee was unable to see her date’s appearance, she was drawn to one of the bachelor's personalities.

"I may have not found love yet, but I did definitely find a strong like."

While Lee continues to look for love, networks are searching for ratings.

One particular show, VH1’s “Dating Naked,” which features singles on dates completely naked, has been slapped with a $10 million lawsuit from show contestant, Jessie Nizewitz, for not blurring out her private parts entirely.

However, Lee explained that reality show contestants sign contracts with the understanding they will be showing their bodies.

“At the beginning of the show, you sign an allowance for you to show your body. If you’re that willing to show your body to other people you don’t really know, it’s like almost the same thing as national television.”

The 25 year old likened Nizewtiz’s lawsuit to, "the girl that sued McDonald’s for gaining a whole bunch of weight. See the comparison."