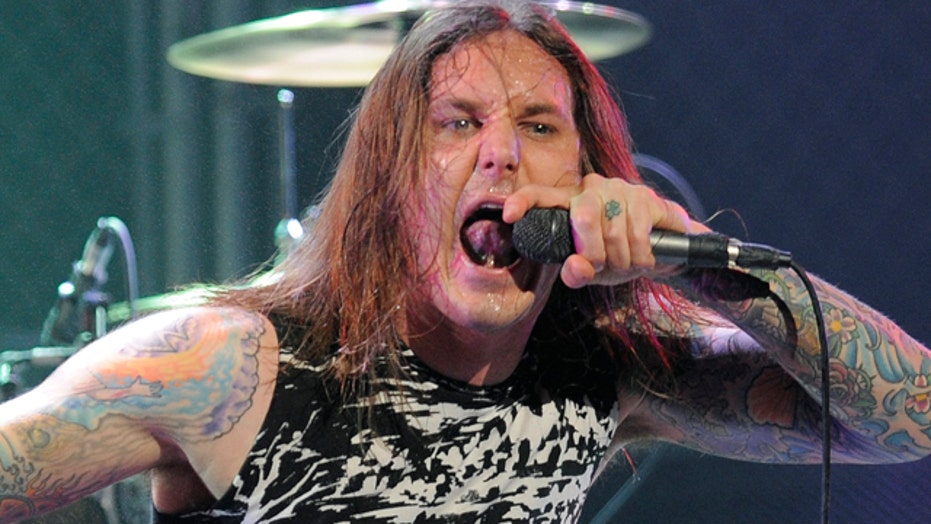 The rocker is accused of hiring someone to murder his wife

The lead-singer of a Grammy-nominated heavy metal band has been accused of attempting to hire an undercover detective to murder his estranged wife in San Diego.

32-year-old Tim Lambesis, the lead singer and co-founder of As I Lay Dying, was arrested Tuesday on suspicion of solicitation of another to commit murder, Fox 5 reports.

Authorities say detectives received information Thursday that Lambesis had solicited someone to kill his wife. A task force from several law enforcement agencies quickly launched an investigation that led to the arrest.

Jan Caldwell, a spokeswoman for the San Diego County Sheriff's Department, says the arrest was made because someone spoke up, unwilling to let something as "sinister" as the alleged plot rest.

“I heard one of our captains say we prevented a tragedy,” Caldwell told Fox 5.

As I Lay Dying formed in San Diego in 2000 and has released six albums including 2007's "An Ocean Between Us," which reached No. 8 on Billboard's charts. A track from the album was nominated for a Grammy for top metal performance.

Fox 5 reports the group has been billed in the past as a Christian band.

It was not clear whether Lambesis had hired an attorney, and an Associated Press phone message seeking comment left at a number listed in his name was not immediately returned.

According to its website, the band is scheduled to tour the country with several other metal acts starting later this month.