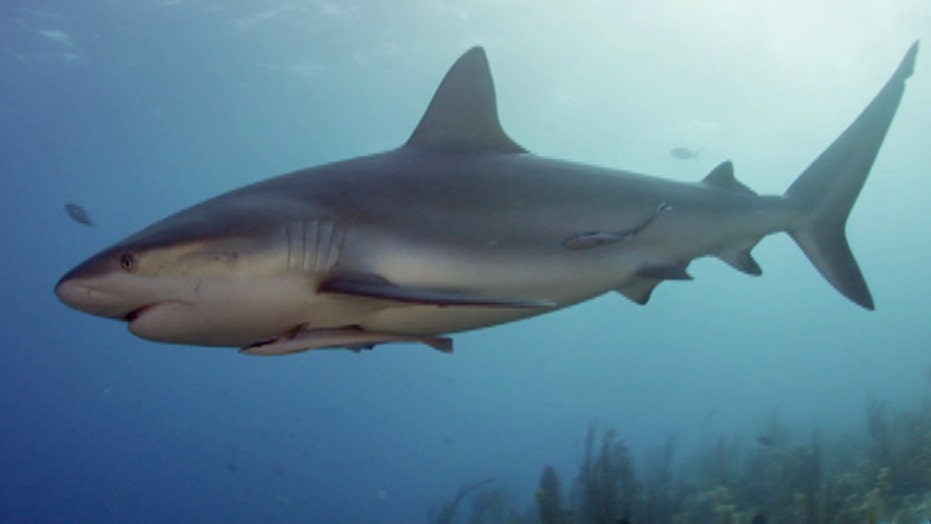 For the first time, Shark Week explored the waters in Cuba.

As part of the network’s annual week of shark-themed programming Discovery is airing a special titled “Tiburones: The Sharks of Cuba.” The show is two years in the making and premieres at an interesting time for the U.S., since at the end of 2014 the Obama administration announced some updates to the travel restrictions between the U.S. and Cuba, making it easier for Americans to visit the once off-limits country.

Filmmaker Ian Shive told FOX411 the news about the changes to the U.S.’s Cuba policy came just a few weeks before his team was set to go to the country anyway.

“We went through the process, which took a year and a half of filing all the appropriate permits and paperwork with the U.S. government and Cuban government to film a documentary in Cuba and do science,” he said. “Every step of the way needed [permits]… We were not aware that the change would come. The Obama announcement in December came only a few weeks before we were set to leave to film this expedition. The timing of that really just made it a historic opportunity.”

He said because his crew was already planning their trip before policy changes, they were one of the first to touch down in Cuba and begin exploring. They took two trips to Cuba to film the special. On their first trip, Shive said they focused on the legend of El Monstruo, a 21-foot Great White that was caught in Cuba in 1945.

Their second trip to Cuba focused on searching for sharks.

“Cuba is an incredible place,” he recalled. “There is so much opportunity… as it relates to the environment specifically. It’s one of the last places in the world where you can go and explore the Caribbean in a way that is relatively untouched… The water clarity is like a glass of water you get out of your kitchen.”

Shive and his team got into that water — sans cages — to swim with the sharks they discovered. One of his first dives they were surrounded by more than a dozen silky sharks.

“We had to use Cuban boats; we didn’t have cages. You don’t really dive that often with cages [but] when you have that many sharks of that size… you feel your adrenaline pick up. You wouldn’t be human… if you don’t feel some sort of fear from that.”

He said part of the reason his crew encountered so many sharks was because of the untouched eco-system sharks have in Cuban waters. Shive said his team encountered rare sharks but even when they spotted a common type of shark, it would be “gigantic… because the eco system is so healthy.”

He said he expects when people see the special on Cuba during the Shark Week, they will want to visit.

“You will come away with a knowledge and foundation of Cuba and of sharks that you don’t always [get] every day. It was a really good opportunity to put it together,” Shive said. “It was a show that is two years in the making and had the knowledge and base of some of the greatest shark minds in the world and we condensed it into this one show.”

He hopes the special will be groundbreaking in a lot of ways.

“I think it’s different in the sense that it is a very large expedition based in science and conservation in a place that no one has ever been before. We were breaking ground in not only the science that took place… We broke ground in the types of species that you will see in the show. We broke ground politically, in the sense that we went into the country and filmed this thing.”

While there, his team worked side by side with Cuban scientists.

“This was not an American expedition. This was a joint expedition between Americans and Cubans… Their television network there helped facilitate aspects of shooting,” he said. “From the science side, it was an absolute collaboration.”

Still, Shive acknowledged that the relationship between the U.S. and Cuba is a complicated one.

“I think the politics of Cuba are complicated. They are very complex. I understand the perspective that people have [in Miami]. It’s [very] complicated,” he said. “I think the environment is a great foundation on which we can build conversation. Kudos to Discovery for recognizing this opportunity and supporting it.”

Shark Week is currently airing on the Discovery Channel. “Tiburones: The Sharks of Cuba” premieres July 7.