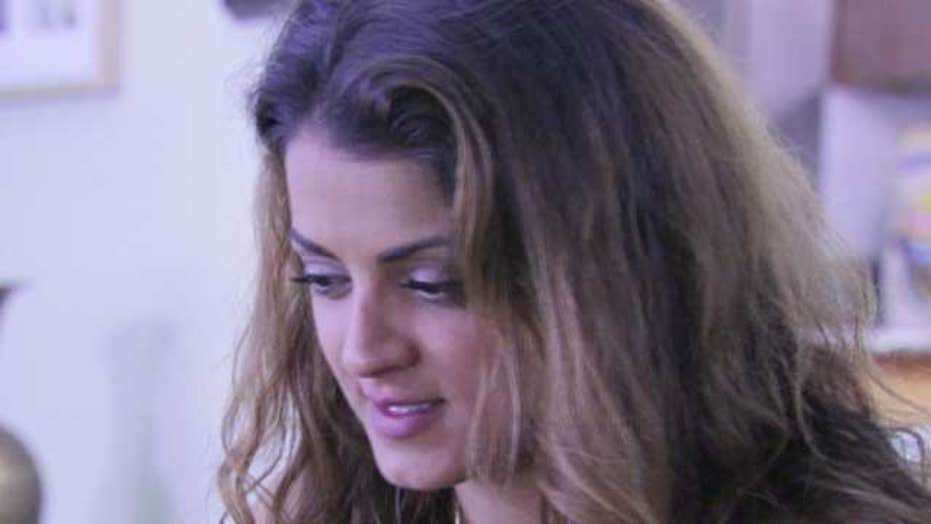 'Shahs of Sunset' star GG tells us about her serious anger issues, including fights on-set and being kicked out of 10 schools

NEW YORK – Reality TV is all about drama, and the breakout star of Bravo’s “Shahs of Sunset,” Golnesa Gharachedaghi, known simply as GG, knows how to bring exactly that.

“Shahs of Sunset” centers on a group of privileged Iranian-American friends who live in Beverly Hills. It’s a tight knit circle woven by the threads of Farsi tradition, but their bonds are tested due to countless acts of, well, unfriendliness.

Season 2's finale airs this Sunday, so we talked to GG in our FOX411 studios to find out how a Persian princess turned into a TV bad girl. Interestingly, she says one key is showing restraint.

“I definitely have to say I’d probably try to suppress a lot of my emotions because of the cameras being there, and I don’t want them to think I’m a total whack job," GG told FOX411’s In the Zone. "But maybe just a minor whack job."

If her onscreen behavior is toned down, its hard to tell. The pint-sized heiress said her explosive outbursts are sometimes due to excessive drinking.

“The situation where I kind of had a huge fight with another cast member, I had drank a whole bottle of whiskey that day,” said GG.  “I have a high tolerance, I guess. I don’t know. I was drunk. I lost control and it happens to everybody, everyone gets to a point where they lose control when they’re drunk, and people do it in different ways.”

GG, 31, said her issues with anger started when she was only 12 years old.

“My parents have always told me, ‘Get your anger in check,’ my whole life.  I’ve been kicked out of 10 schools growing up just fighting everywhere I went,” she said.

The newly single star -- she broke off her engagement on the show -- is at least trying to channel her energies into something positive.

“I created this hair company called GG’s Extensions partnered up with Effortless Extensions,” she said. “You know, I did wait a long time to get my act together, and people have every right to say what they say about me: ‘Oh, spoiled brat.’ I am a spoiled brat, and I’m always going to be a spoiled brat.”