Sarah Silverman, known for pushing boundaries on stage, left little to the imagination in her latest social media post.

The outspoken comedian tested Instagram's community guidelines by posting a topless photo of herself in which her nipples are exposed.

The picture, which was posted without a caption, shows a topless Silverman reflected in the mirror of her bathroom cabinet, taking a selfie.

SARAH SILVERMAN BASHES HULU FOR CANCELING ‘I LOVE YOU, AMERICA,’ NOT PAYING $1,500 FOR EMMYS HAIR AND MAKEUP

Per Instagram's community guidelines, they "don't allow nudity on Instagram."

"This includes photos, videos, and some digitally-created content that show sexual intercourse, genitals, and close-ups of fully-nude buttocks. It also includes some photos of female nipples, but photos of post-mastectomy scarring and women actively breastfeeding are allowed. Nudity in photos of paintings and sculptures is OK, too," the company stated.

However, Instagram told us that because Silverman's nipples are "blurred," the photo does not violate their guidelines.

"Posts which contains nipples that have been blurred or obscured in some way are allowed on Instagram," a rep for Instagram explained. 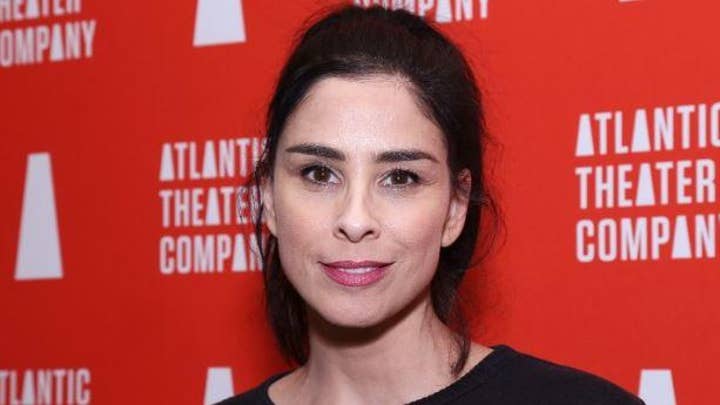 Silverman is not the only star to attempt to push against Instagram's rules.

Miley Cyrus faced heat for her show of support for the Free The Nipple campaign to de-sexualize the female nipple.

In 2014, she posted a stylized, topless black-and-white photo of herself on Instagram alongside the caption “some lame ass def gonna (flag) that but f--k it. #practicewhatchupreach #FreeTheNipple #FreeatSh--.”

In 2015, Chrissy Teigen spoke out against the social media company after several of her photos were removed.