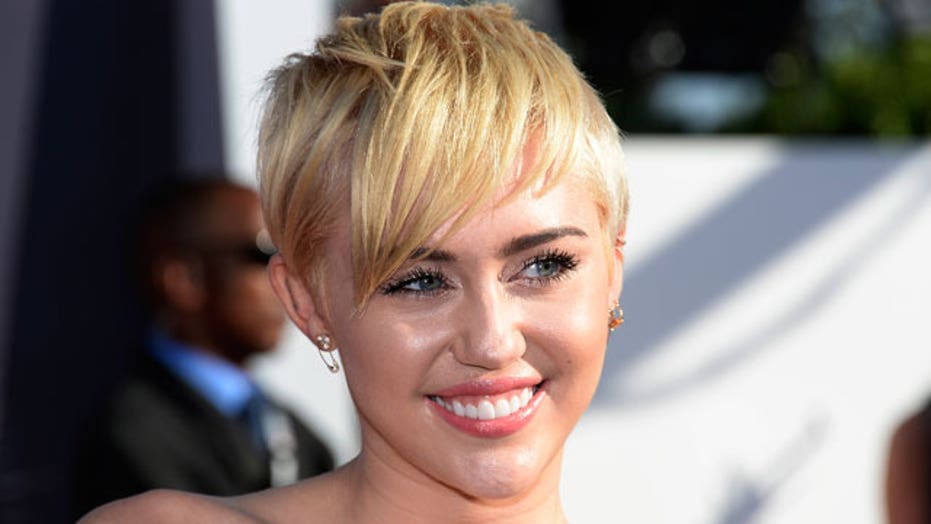 LOS ANGELES – Miley Cyrus is taking heat for her latest show of support for the Free The Nipple campaign to de-sexualize the female nipple.

First she posted a stylized, topless black-and-white photo of herself on Instagram alongside the caption “some lame ass def gonna (flag) that but f--k it. #practicewhatchupreach #FreeTheNipple #FreeatSh--.”

“Miley Cyrus certainly knows how to get attention and generate a headline, whatever the ‘cause’ or reason. Her choice is obviously inflammatory, recalling that very young girls’ nipples are often allowed to be ‘free,” Harvard sociologist Dr. Hilary Levey Friedman told FOX411. “However, this also blurs the line between childhood and pornography. While Cyrus Photoshopped images aren’t child pornography per se, they invoke the idea.”

Human behavior expert Patrick Wanis PhD concurs that while Cyrus’s intentions may have been to simply pose some provocative questions about why perceptions change between child and adulthood, her approach is off.

“The attempt to de-sexualize the female nipple and create equality backfires when you superimpose a child’s face on a fully developed woman’s naked or topless body; it actually sexualizes the innocent child,” he said.

The Free The Nipple campaign, which boasts a full-length feature film, calls itself a movement to empower women against “female oppression and censorship.”

"There’s still so many laws against women’s bodies but barely any against men," movement founder Lina Esco told FOX411 earlier this month. Numerous celebrities have jumped on the band wagon, including Rihanna, Liv Tyler, Lena Dunham and Scout Willis, who instigated a topless protest on the streets of New York earlier this year.

“While people can make their own choices in the privacy of their own homes, what is shared in public forums like Instagram is different as it can be seen, and misappropriated, by others,” Friedman added. “With so many other issues in the world, it is unclear why this one is garnering such high profile attention.”