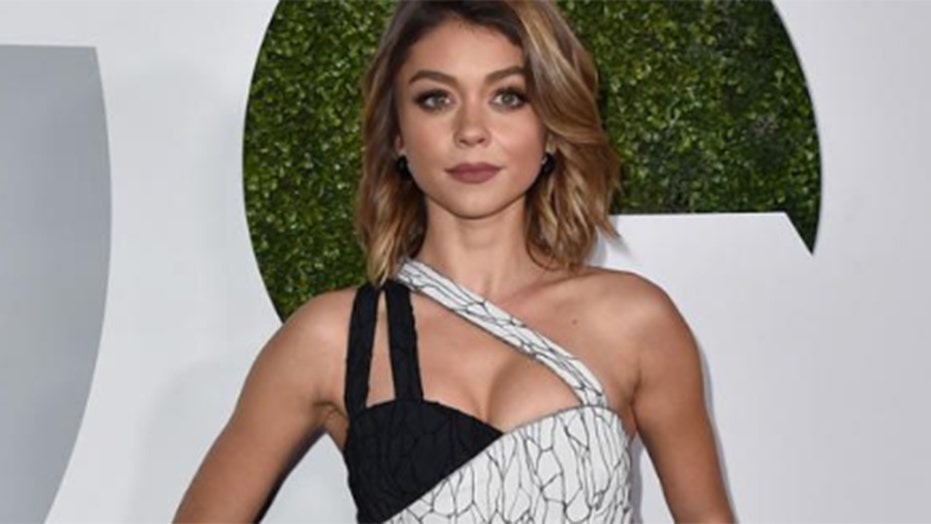 Sarah Hyland has never been afraid to respond to social media trolls and did so again on Monday after a commenter criticized her red carpet look at the 2020 SAG Awards.

The “Modern Family” star shared a series of photos of herself from the awards where she stunned in a pastel floral print dress by Lorenzo Serafini which featured a plunging V-neckline that connected near her midriff and a large bow.

“If my legs got cold I had an extra built in blanket ✨Thanks to the village that put all of this together I felt like a goddess last night 💕,” Hyland captioned the photo set from Sunday night’s shindig.

However, one Instagram user was fixated on Hyland’s bronze complexion and shared their reaction with the actress.

“The spray tan is way too much,” the comment read, which quickly prompted Hyland to clap back.

“I’ll tell the actual sun to go easy on me next time I see it…,” Hyland replied directly to the Instagram user.

The former child actress recently spent time in Cancun, Mexico with Adams and other close friends, which is likely where her golden appearance took its hue. She shared photos to Instagram of her excursion at the beginning of the month and posted images of herself being swept up by Adams as the pair embraced on the beach.

“🎶Baby, that’s where I want to stay, For the rest of my natural days, In your arms, In your arms🎶💕” she captioned the steamy snap.

Hyland has also vocally defended herself when scrutinized for the way she looks, telling critics she's "not in control" of the way her body looks.

"The two of us have really gone and tackled [critics] with all of our spite and wit," Hyland said.

Hyland and Wells had been dating since 2017 before their engagement in July 2019 during a vacation in Fiji.