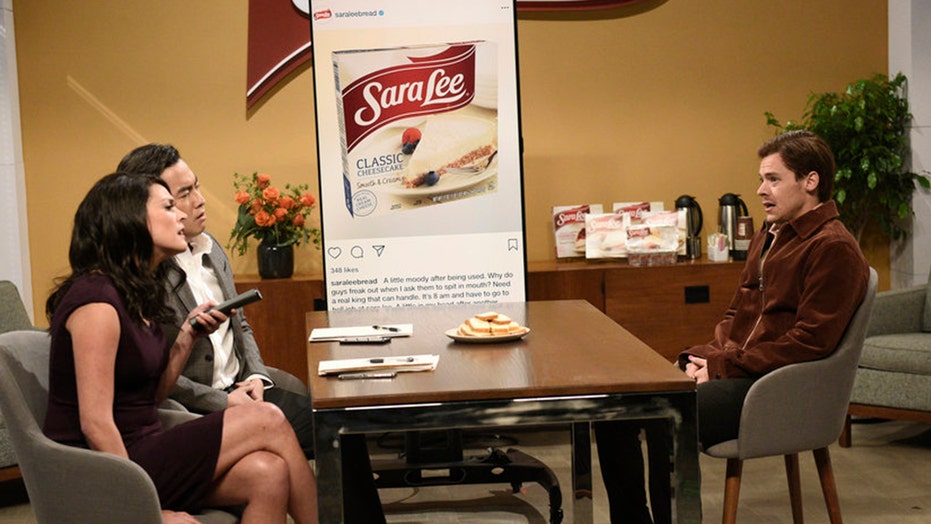 A sexually charged sketch in the latest “Saturday Night Live” episode has resulted in Instagram trolls flooding the official Sara Lee Bread account with some saucy comments. But when contacted by The Post, the baking company seemed less than battered by it all.

Dylan is called into a meeting with his bosses, played by Cecily Strong and Bowen Yang, after accidentally using the Sara Lee account — instead of his personal one — to comment “Wreck me daddy” and “Destroy me king” on a photo of Nick Jonas on the singer’s Instagram account.

And Dylan’s situation just got worse from there.

On a different photo of what Strong called a “random fashion twink,” Dylan commented with a string of suggestive emojis —  — which Styles’ character translated to mean “getting railed to death.”

After receiving his first warning from his bosses, Dylan admitted he also direct-messaged singer Shawn Mendes to offer him a “special holiday promotion,” which was “a picture of my open throat.”

But it seems the saucy sketch had an after effect, as images on the real Sara Lee account received the same comments from real-life posters.

Some folks took note of the bombardment on the bakery’s account and even felt sympathy for the moderator who had to deal with the onslaught.

The hashtag #SaraLee also trended on Twitter, as viewers reacted to the sketch in a number of ways, including sharing a sudden fondness for the company’s products.

When contacted for comment by The Post, Bimbo Bakeries USA — the company which owns Sara Lee — seemed less than stirred up. “We didn’t participate in creating the skit and its content doesn’t align with Sara Lee Bread’s brand. But, we all know SNL pushes the envelope for laughs and we are taking it in stride.”