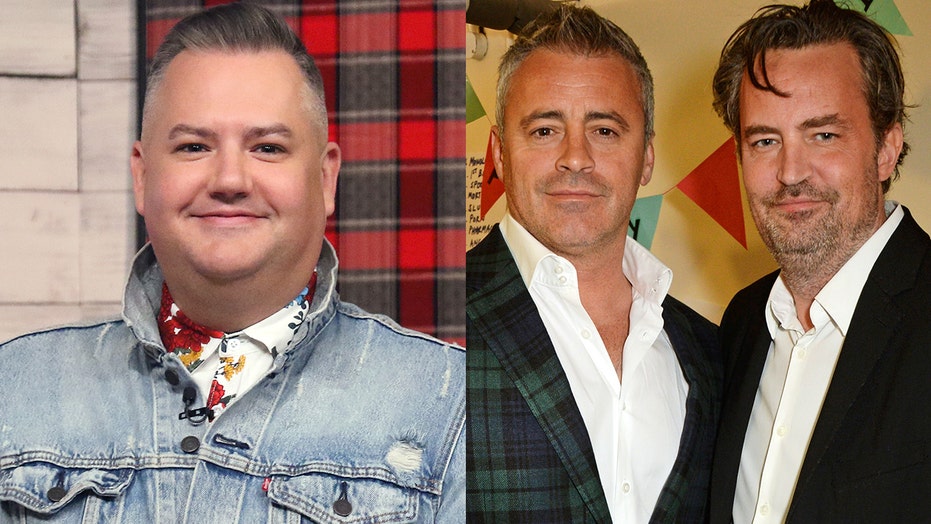 “RuPaul Drag Race” judge Ross Mathews revealed that two stars of the hit sitcom “Friends” were less-than-kind to him at a red carpet event years ago.

In his new book “Name Drop” the 40-year-old recalls a time early in his career when he was interviewing stars on the red carpet for NBC’s 75th Anniversary Party for “The Tonight Show” in 2002, back when he was known as “Ross the Intern.”

JENNIFER ANISTON REUNITES WITH 'FRIENDS' CAST FOR HER INSTAGRAM DEBUT

According to Page Six, Ross claims Matthew Perry and Matt LeBlanc approached him. Being a “Friends” fan, he introduced himself as Ross, prompting the two stars to joke that Ross was standing further down the carpet, pointing at David Schwimmer, whose character on the show was named Ross.

“‘Oh yeah, the other Ross,’ I replied, jokingly rolling my eyes,” he writes in the book. “That didn’t go over well. Immediately the mood changed. Matthew Perry began staring into the camera blankly as Matt LeBlanc asked, ‘How did you get this gig?’”

Trying to keep things light, Mathews joked back, “I slept my way to the top.”

“Matt LeBlanc pointed to me, then looked into the camera, and said, ‘Jay, are you kidding? Are you kidding, Jay?’” Mathews recalls. “Matthew Perry joined in, addressing the camera and asking, ‘What’s the call here, Jay?’”

Although Mathews didn’t appreciate the awkward red carpet encounter, he notes that LeBlanc redeemed himself 15 years later. He explains in his book that he was covering the SAG Awards for E! When LeBlanc approached him to apologize.

“I don’t know if you even remember this, but years ago you interviewed me on a red carpet and I was really rude to you.  It’s bugged me ever since and I’ve always wanted to apologize to you. It wasn’t cool of me to do that to you. I’m sorry.’”

Mathews said that he appreciated the apology, but noted that Perry has yet to address the red carpet incident.

Neither representatives for Perry nor LeBlanc immediately responded to Fox News’ request for comment.