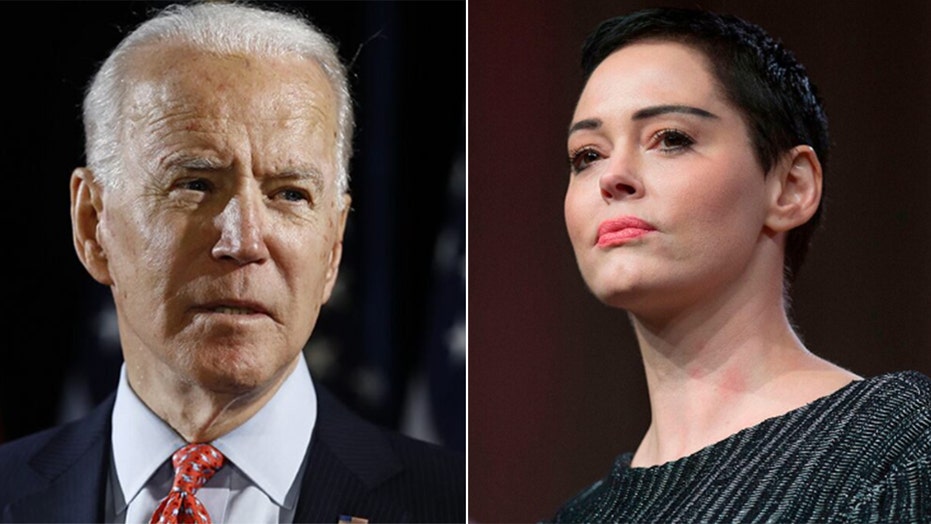 Rose McGowan shared a pair of tweets suggesting that neither Joe Biden nor Democrats are the solution to the systemic racism being protested across the country.

Like many celebrities, the actress and activist has been vocal on social media about the protests that have emerged in the wake of George Floyd’s death while in police custody in Minneapolis, Minn. On Tuesday, the star seemed to take issue with the notion that voting blue will fix everything.

“Joe Biden is NOT a black saviour,” she said of the presumptive Democratic presidential nominee. “A wolf in sheep’s clothing is still a wolf.  Know your enemy.”

IS CORONAVIRUS A THREAT TO CHILDREN? HOW TO KEEP THEM SAFE

The line came along with a gif of a wolf growling at other wolves to stay behind it.

Minutes later, she shared another tweet in which she went after Donald Trump and Democrats in an impassioned plea for people to “overthrow the system.”

“Racism did not start with Trump. Racism is why Trump is. The Democrats have NOT solved poverty, mental health, systemic misogyny & systemic racism. DEMAND MORE. OVERTHROW THE SYSTEM,” she wrote.

This isn’t the first time that McGowan has spoken out against Biden. The actress, who previously shared her story of sexual assault at the hands of disgraced movie mogul and convicted rapist Harvey Weinstein, has been vocal about her support of Biden’s sexual assault accuser Tara Reade. In addition to criticizing outlets that question the legitimacy of Reade’s story, she previously tweeted her unequivocal support of the former Senate aide after a resurfaced video appeared to show Reade’s mother referencing the alleged assault.

In a telephone interview with Fox News, Reade confirmed it was her mother, Jeanette Altimus, who phoned in to Larry King's show to discuss her daughter's experience on Capitol Hill. The transcript of the broadcast was first reported by The Intercept.

Biden’s campaign has continued to deny the allegations.