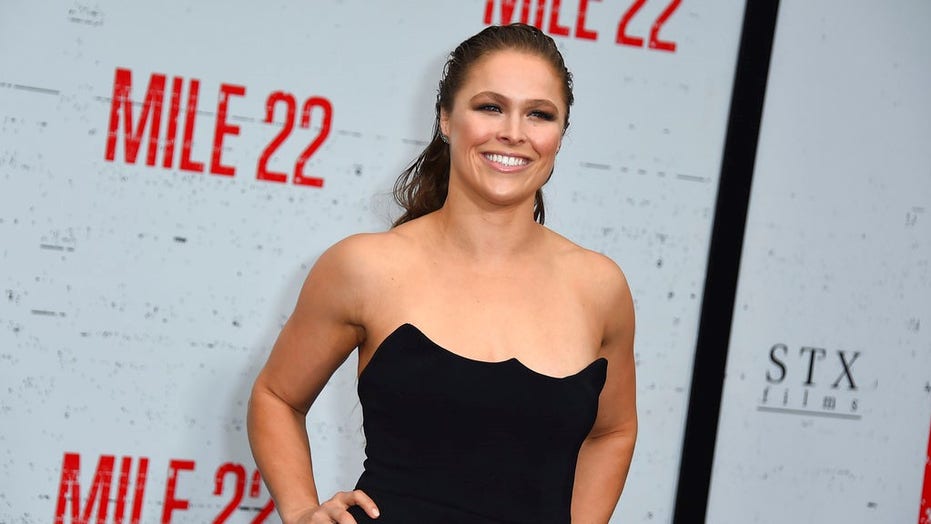 On Tuesday, Ronda Rousey took to Instagram where she revealed to her followers that she nearly severed one of her fingers while filming the TV show "9-1-1," calling it a "freak accident."

"So the word is out I nearly lost my finger shooting @911onfox," Rousey, 32, wrote on Instagram. "Freak accident, first take of the day a boat door fell on my hand, I thought I just jammed my fingers so I finished the take before looking."

The WWE star went on to say that she knows "it sounds crazy" however, Rousey explained that she's "used to live audiences and never showing pain unless" she is "supposed to."

"After a break in the action I told our director the situation and was rushed via ambulance to the hospital where they promptly reattached my bone and tendon with a plate and screws," added Rousey, who said that she returned to set the next day and finished her scenes before she went home to recover.

"Modern medicine amazes me," admitted Rousey, noting that she "had 50% range of motion back in 3 days."

"There’s so much more than I can write here, stayed tuned via @rondarouseydotcom for the full story. And of course tune in to see how well I can act like my finger didn’t just fall off in this upcoming season of @911onfox," she concluded her post.

According to Deadline, Rousey is set to star as firefighter Lena Bosko in the third season of the Fox drama. Per the news outlet, Bosko is described as "a stoic and fearless member of the Los Angeles Fire Department Station 136 who leaps into action to save lives when a disaster hits."

A rep for Rousey did not immediately respond to Fox News' request for comment. FOX had no comment when reached by Fox News.