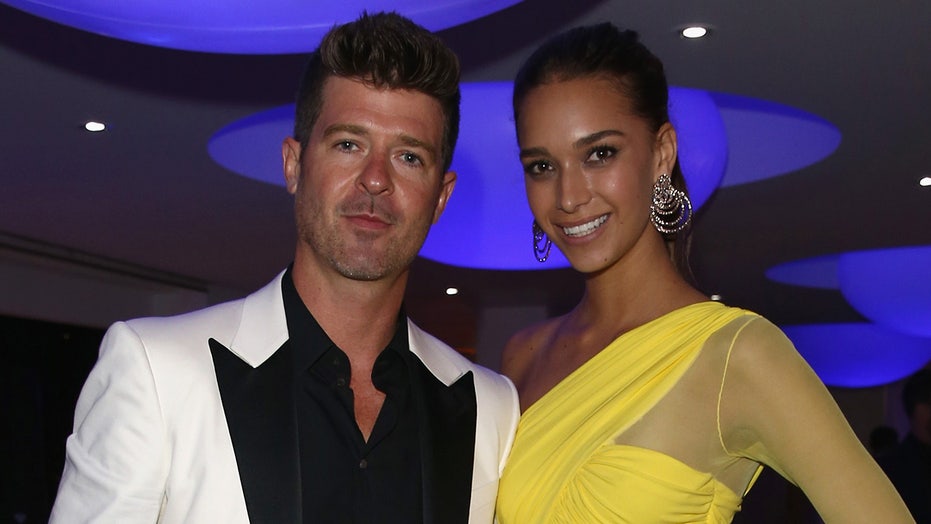 A little over a week after sharing a photo with fans that left little to the imagination, the 24-year-old posted a new picture of herself on Thursday, which showed Geary wearing black lace lingerie while staring into the camera with a sultry look.

"Me & U (and mia’s bear creepin in the back)," the mom of two captioned the photo. She also tagged her soon-to-be husband, Thicke, 42, as well as her makeup artist.

The model's photo caught the attention of her pals, including actress Jess Adams, who dubbed Geary the "CEO of lingerie."

Geary is known as an open book when it comes to the content she shares online.

Last year, Thicke's fiancee hit back at British TV personality Chanelle Hayes and other critics after they took issue with a breastfeeding picture she posted.

"Maybe the next time you want to criticize me for posting a picture of myself breastfeeding you should really take a look at the pictures you've had taken," Geary wrote to Hayes on Instagram while sharing a topless photo of the British star. "Not that taking nudes are wrong! The naked body is a beautiful thing! But don't be a hypocrite, mama."