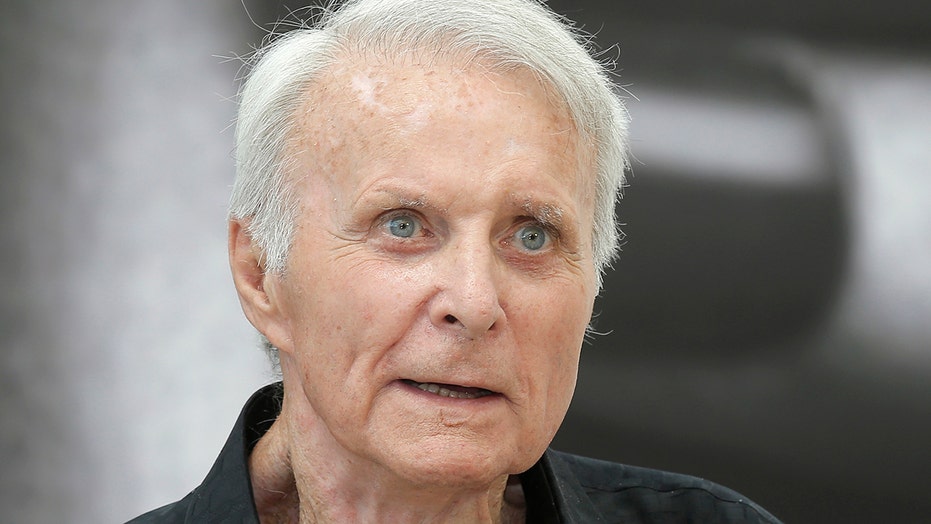 Television star of ‘The Wild, Wild West’ passes away in Malibu

The actor died of heart failure in Malibu, California, family spokesperson Jeff Ballard said. A small private service is planned for March 1, which would have been his 85th birthday.

“He lived a wonderfully long life and while the family is saddened by his passing, he will live forever in their hearts,” Ballard said.

With his good looks and strong physique, Conrad was a rising young actor when he was chosen for the lead in "Hawaiian Eye." He became an overnight star after the show debuted in 1959.

Conrad played Tom Lopaka, a daring private investigator whose partner was Tracy Steele, played by Anthony Eisley. They operated out of a fancy office overlooking the pool at a popular Waikiki hotel.

After five seasons with the show, Conrad went on to embrace the television craze of the time, period Westerns, but with a decidedly different twist.

In "The Wild, Wild West," which debuted in 1965, he was James T. West, a James Bond-like agent who used innovative tactics and futuristic gadgets (futuristic for the 1800s anyway) to battle bizarre villains. He was ably assisted by Ross Martin's Artemus Gordon, a master of disguise.

The series "Baa Baa Black Sheep" followed in 1976 and was roughly based on an autobiography by Marine Corps ace and Medal of Honor recipient Gregory "Pappy" Boyington, who wrote of the raucous fliers he commanded during World War II.

Conrad played Pappy Boyington, so nicknamed because he often rescued his pilots from severe punishment. Bringing his customary intensity to the role, he even learned to fly.

The CBS series was enjoyed by male viewers but not so much by women and it was dropped after its first season. It was revived in December 1977 as "Black Sheep Squadron," after the network's new shows failed to find audiences. It continued on for another season.

Conrad, meanwhile, interspersed his long, successful TV career with numerous roles in films. After a couple of small parts, his TV fame elevated him to stardom, starting in 1966 with "Young Dillinger," in which he played Pretty Boy Floyd. Other films included "Murph the Surf," "The Bandits" (which he also directed), "The Lady in Red" (this time as John Dillinger) and "Wrong Is Right."

At the same time, he found plenty of time for arguments.

Throughout Hollywood, Conrad had a reputation as a tough customer and was sued more than a half-dozen times as a result of fist fights. Playing himself in a 1999 episode of the TV series "Just Shoot Me," he lampooned his threatening, tough-guy persona. He was also featured in 1970s commercials for Eveready Batteries, with a battery on his shoulder, a menacing stare and a popular catchphrase, “I dare you to knock this off.”

"If you treat me nicely, I'll treat you nicer," he added. "If you're rude to me, put your headgear on. Here it comes."

His daughter Nancy Conrad, who appeared in some of his pictures, explained it this way: "Dad is a hard worker. If people drag their feet, he gets impatient. He starts ranting and raving. It takes a while to patiently take him aside and show him why things might not be going well."

He frequently employed his offspring in his movies and TV shows.

An example was the 1988 television series "High Mountain Rangers," which Conrad had proposed, bankrolled with his own money and directed. He hired sons Shane and Christian as co-stars, daughter Joan as producer and daughter Nancy as caterer. His first wife handled financial matters.

The show, about a group of law enforcement officers, was filmed in the High Sierra mountain range near Lake Tahoe.

He was born Konrad Robert Falkowski in Chicago on March 1, 1935. His great-grandfather had emigrated from Germany, and his grandfather founded several meat shops in Chicago called Hartman's.

Conrad moved from one school to another, and at 15 he left his parents' house for a place known only to his girlfriend and his great-grandmother who sometimes fed him.

A football player in school, Conrad's first job was loading trucks. Then at 18 he was hired to drive milk wagons.

He tried boxing and nightclub singing for a time before drifting into acting and eventually moving to Hollywood, where he found work as a stuntman.

In lieu of flowers, Conrad’s family is requesting donations to the Wounded Warrior Project and The Marine Corps Scholarship Foundation

Conrad is survived by eight children and 18 grandchildren.

Bob Thomas, a long-time and now deceased staffer of the Associated Press, was the principal writer of this obituary.