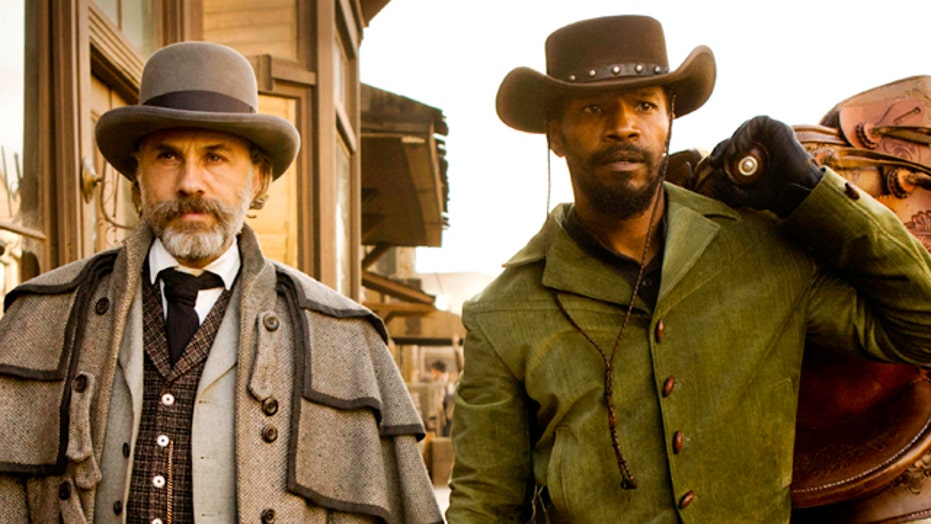 NEW YORK – “Django Unchained” is Quentin Tarantino’s greatest exploration of the human condition, from its idea of what is right to its heinous moments of evil. Continuing with the theme of revenge explored in "Inglorious Basterds," Tarantino blends the Spaghetti western genre with 70s Blaxploitation, creating an insane concoction of vengeance and thoughtfulness, tossing between the disgustingly funny and the most primal notion of violence. “Django” is a shocking and bold film with a huge heart and soul.

Unlike his other films, “Django” is linear and follows a single storyline, which makes this movie, more than his others, a completely satisfying experience. Tarantino lets us live with characters for the entirety of the movie (which is a long 165 minutes) rather than bouncing between different vignettes. Christoph Waltz is Dr. King Schultz, a doctor-turned bounty hunter, who purchases Django from slave traders with the intent on finding a pair of wanted slavers. Only Django knows what they look like, so Schultz needs him to identify them. Granted his freedom, Django accepts the offer and becomes an apprentice bounty hunter, though he and Schultz set their sights on the ultimate target, Calvin Candie (Leonardo DiCaprio), the socialite plantation owner who purchased Django’s wife Broomhilda (Kerry Washington).

Like “Inglorious Basterds,” Tarantino spends a decent portion of the film subjecting his protagonists, and the audience, to unspeakable horrors. With “Basterds” it was Waltz’s sadistic pleasure of executing Jews, here it’s the unconscionable treatment of slaves. While “Basterds” is a more visually violent film, “Django” primarily uses dialogue to convey the horrific treatment of African Americans, becoming a pressure cooker until the final bloody reel. While there are some gruesome visual moments depicting slavery, Tarantino really drives the point home with the excessive use of the ‘N-word’.

Tarantino lays on monologue after monologue, each more engrossing and entertaining than the previous, from Waltz’s lengthy and humorous diatribes justifying his kills to DiCaprio’s speeches about human cock fighting and slave ownership. Waltz most assuredly comes away from “Django” with the most lines spoken, and each piece of dialogue is meticulously written and delivered, enabling Waltz to deservedly soak up all the attention. Waltz hands-down gives one of the best performances of the year.

But Jamie Foxx is also riveting as Django, delivering a restrained, internalized performance. The power of Foxx’s acting lies in his subtle reactions to Waltz and DiCaprio. Though Django, in true Spaghetti western fashion, says little, his presence is undeniable in every scene. Waltz and DiCaprio may jabber on and on but Tarantino always keeps our eye on Foxx, whom unexpectedly at any given moment could strike out at his opponents. Between Tarantino’s crisp, tense dialogue and Foxx’s brooding, vengeful persona, “Django” is a master stroke of reserved suspense.

DiCaprio’s turn as a baddie is interesting. His Calvin Candie is weasely and unpredictable, like a spoiled child on the verge of a tantrum, though his tantrums would lead to certain bloodshed. This is the “Titanic” star’s most exciting performance, since it is unlike anything he has previously done, something that has come to be expected in a Tarantino film. This was a long time coming for DiCaprio.

The most surprising performance in “Django” comes from Samuel L. Jackson as Stephen, the head slave at Candie’s vast plantation, appropriately called Candyland. Jackson, under layers of makeup, is an aged, frighteningly broken man who dishes out brutal punishment to the slaves beneath him. Tarantino showcases quite a bit of evil in “Django,” but maybe none more powerful than Jackson’s Stephen. The character is a parrot atop Candie’s shoulder, feeding off his owner’s sadism and hatred. Watching Jackson slip out of his usual persona and become this chilling SOB is unexpected and most welcome.

Tarantino also unearths fossils Don Johnson and Dennis Christopher as baddies. Johnson delivers some uncomfortable laughs as he tries to get his ragtag Klan members, including Jonah Hill, to raid Django and Schultz. Also in a small role is the original Django, Franco Nero.

In typical Tarantino fashion, “Django” features a rip-roaring soundtrack with expected tunes by Spaghetti western maestro Ennio Morricone (who composed an original track for this film) as well as Luis Bacalov’s cult classic “Django” theme, plus pieces by Jerry Goldsmith, James Brown and Tupac, Brother Dege, John Legend and an original song by Rick Ross (“100 Black Coffins). Hearing Tarantino’s use of music is part of the experience of seeing one of his films. Not all the songs work out of their original context, but each piece leaves an indelible imprint on the film.

With “Django Unchained,” the “Pulp Fiction” director continues to play by his own rules and by doing so, further pushes cinema into new territory.