Chart-topping albums and wheelbarrow-fulls of awards were once what Taylor Swift was best know for.

After dating over the past four years a reported 13 guys, all of whom were famous or from famous families, and famously writing songs about several of them, the 23-year-old has become the subject of several unkind jokes.

And apparently it's taking its toll.

“[N]ow she’s the butt of jokes on Saturday Night Live, in the tabloids and on the late night shows," an insider told RadarOnline. "She laughed it off, but the jokes made about her at the Golden Globes got under her skin."

Following the Golden Globes joke, in which host Tina Fey jokingly warned Swift to stay away from Michael J. Fox's handsome young son, Fox himself joined the fray, offering when asked: “Swift writes songs about everybody she goes out with, right? What a way to build a career. I wouldn’t even know who she was.”

Apparently the remark, even though it was said at least partially in jest, hit home, as Swift herself felt the need to let fans know that Fox had in fact apologized to her.

"Hey everybody, Michael J. Fox got in touch with me today and we are good," Swift tweeted. "Thank you for having my back.”

According to RadarOnline's source, the negative attention may end up having a positive outcome.

“She really wants to make an effort to slow down and not jump from boyfriend to boyfriend," said the pal. "In a weird way all the negative press has really opened her eyes and will be good for her!” 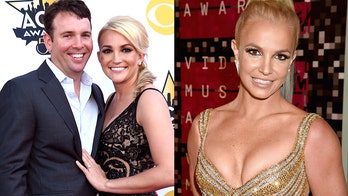