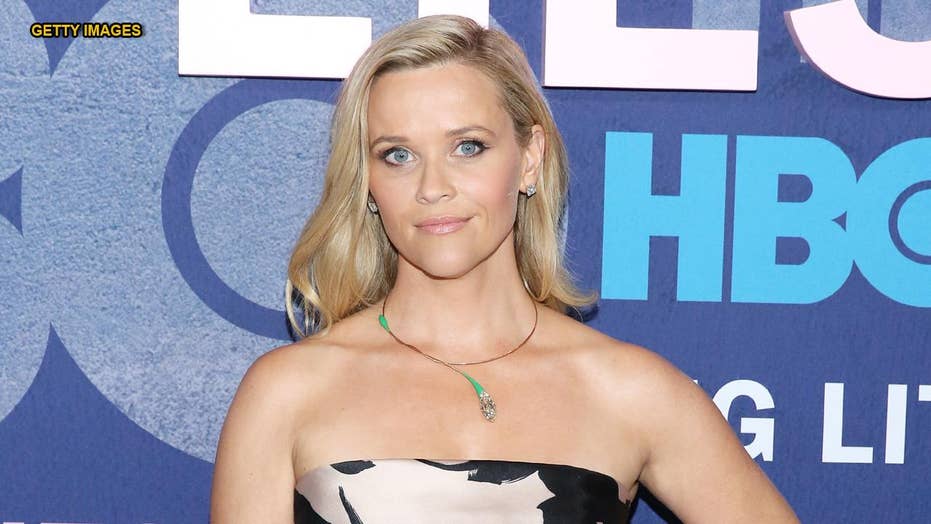 Reese Witherspoon worked her way up to become one of the most sought-after names in Hollywood.

From acting to producing both in TV and movies, the 44-year-old entertainer has been in the business since she was a child -- landing her first movie at 14 years old.

Now, she's able to vie for projects she's most passionate about and tell stories about independent, strong women who are in command of their futures.

“My mission was to create television for other women, for other female storytellers that are actresses, other directors and other writers," she explained to the New York Times.

“People are desperate for this kind of storytelling about the female heroes that have always been in the shadows and now are coming into the light."

Check out Witherspoon's top roles from TV and movies below:

"The Man in the Moon"

Witherspoon made her big-screen debut in 1991 film. She was 14 years old and in an interview with Entertainment Weekly called the experience "magical."

REESE WITHERSPOON OPENS UP ABOUT BEING 'ASSAULTED, HARASSED' AS A CHILD ACTOR

“I learned everything I needed to know about being a film actor, how to hit marks, how to perform for a camera, how to get emotional,” she revealed.

The hit 1999 film also featured Sarah Michelle Gellar, Selma Blair, and Ryan Phillippe, whom Witherspoon got engaged to after filming.

The director Roger Kumble said that Witherspoon first turned down the role and he and Phillippe had to beg her to take it.

"So, basically, we took Reese out to dinner to get her drunk, and we ended up getting drunk. And I literally got down on my knees and begged her: 'Please, it'll be 15 days, you'll be great,'" Kumble told Cosmo. "And Reese was like, 'I'll do it. But we need to work on the character.'

"She wanted to strengthen the character, and she was right," Kumble added. "And she and I got together, and we gave Annette more bite so she wasn't a doormat. And I'm very grateful to her for that."

The 2005 movie about country music icons Johnny Cash and June Carter Cash proved Witherspoon's acting chops and she swept awards season walking away with the Oscar for best actress.

Reese Witherspoon in a scene from 'Walk the Line.'  (20th Century Fox)

"The thing I really like about this film is I think she's a multi-faceted woman. I don't think that she is just sort of the supportive wife. I think she goes through a lot of indecision through the process of ultimately committing to him, and I think that's more realistic for a woman," she explained to Live About in a 2008 interview.

Arguably, the 2001 comedy is Witherspoon's most iconic role.

She played Harvard Law student Elle Woods and still gets stopped on the street to say a famous line or do the "bend and snap."

“I have had so many women say, ‘I went to law school because of ‘Legally Blonde,’” Witherspoon said on social media. “It actually had a meaningful story. And it was about female empowerment. It wasn’t necessarily about the girl getting the guy.”

Besides being in front of the camera, Witherspoon is also successful behind the scenes. She started her own production company and moved into the TV world.

She told Vogue in 2017 she grabbed the chance to buy the book rights and developed the show.

"I thought the book was really well-plotted. I loved all the characters, I thought they were really dynamic women and very truthful in their struggles and the way that they communicated with each other. I thought it was a unique opportunity to have five really talented, diverse women on screen together, which is something that doesn’t happen that often."