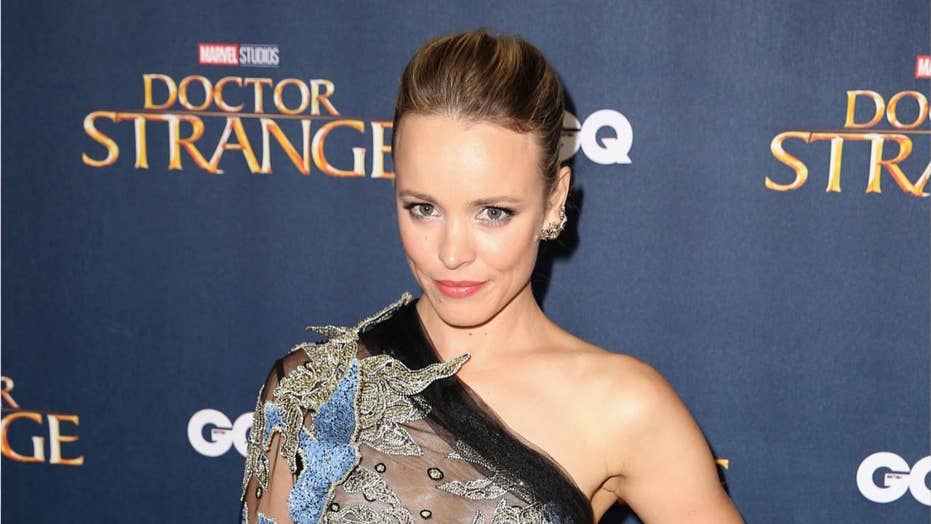 Actress Rachel McAdams, who recently gave birth to her first child, was recently featured in 'Girls Girls Girls' magazine, and she is shown connected to a breast pump.

Actress and mother Rachel McAdams is making headlines for a recent photo shoot that features her connected to a breast pump.

McAdams, who gave birth to her first child, a son, earlier this year, was recently featured in “Girls Girls Girls” magazine. The founder and editor of the publication, Claire Rothstein, took to Instagram Tuesday to share details of the iconic picture — and why she thinks it’s important.

RACHEL MCADAMS BREAKS SILENCE ABOUT BECOMING A MOM: ‘I WAS SO HAPPY TO PUT THE FOCUS ON SOME OTHER PERSON’

"A million reasons why I wanted to post this picture,” she began. “Obviously #rachelmcadams looks incredible and was quite literally the dream to work with but also this shoot was about 6 months post her giving birth to her son, so between shots, she was expressing/pumping as still breastfeeding.”

While Rothstein said she and McAdams, 40, had a “mutual appreciation disagreement” regarding whose idea it was to take the shot, “I’m still sure it was hers which makes me love her even more,” she wrote.

“Breastfeeding is the most normal thing in the world and I can’t for the life of me imagine why or how it is ever frowned upon or scared of. I don’t even think it needs explaining but just wanted to put this out there, as if it even changes one person’s perception of something so natural, so normal, so amazing then that’s great,” she continued, adding McAdams wore Versace and Bulgari diamonds and is just “f--ing major.”

“Big shout out to all the girls,” she added.

The actress — who was secretive about her pregnancy and didn't reveal she had given birth until months later according to USA Today — told The Sunday Times U.K in November that becoming a mom is “the greatest thing that's ever happened to me, hands down,” according to Entertainment Tonight.

"[People say] your life is not your own anymore. But I had 39 years of me, I was sick of me, I was so happy to put the focus on some other person,” she said.