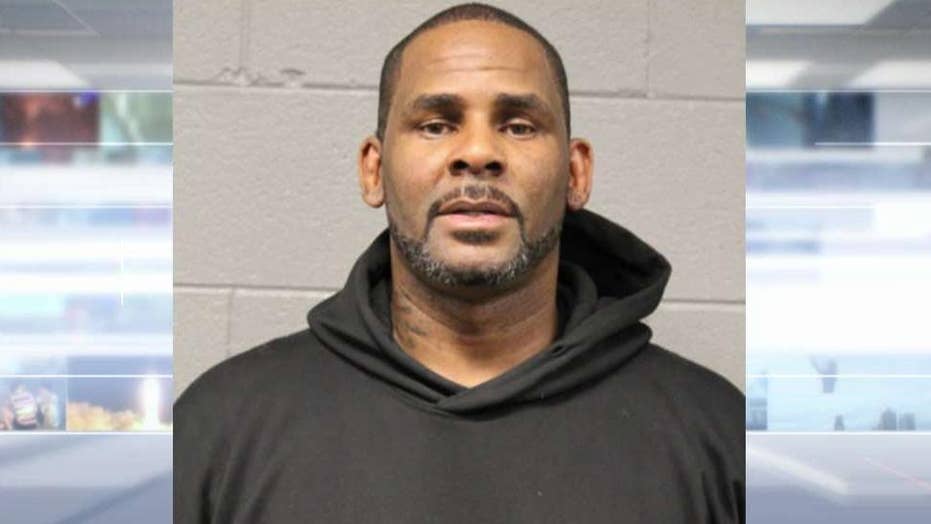 Singer R. Kelly is accused of sexually abusing a woman and three underage girls over a 12-year span; Matt Finn reports from Chicago.

R. Kelly, dressed in an orange jail jumpsuit, entered a plea of not guilty Monday after spending the weekend in a Chicago jail following his arrest on sexual abuse charges.

At Monday's hearing, Kelly's case was assigned to the judge who would preside over the trial, Cook County Associate Judge Lawrence Flood.

Kelly's next court date has been scheduled for March 22.

R. KELLY TO REMAIN IN JAIL FOR 1 OR 2 MORE DAYS, LAWYER SAYS: 'IT'S JUST NOT THAT EASY'

The 52-year-old Kelly was charged in a grand jury indictment unsealed Friday with 10 counts of aggravated sexual abuse involving four victims, three of whom were minors.

Avenatti says he represents two Kelly victims and previously gave prosecutors video evidence of the singer having sex with an underage girl. He tweeted that he plans to give the video to prosecutors Monday.

A judge on Saturday set bond at $1 million, requiring the Grammy Award-winning singer to pay 10 percent. Among the conditions of release is that Kelly have no contact with females younger than 18.

Greenberg told Fox News on Sunday the R&B star remains jailed as confidants make arrangements to pay the $100,000 bail needed to free him.

"He has to rely on others acting on his behalf," Greenberg told Fox News on Sunday. "And it's just not that easy — because Kelly's in jail."