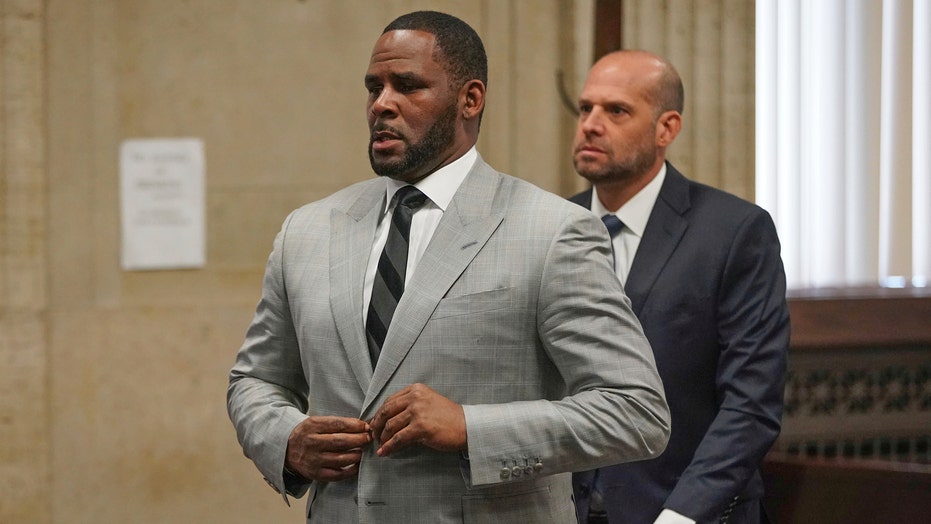 R&B singer R. Kelly on Thursday pleaded not guilty to an updated federal indictment that includes child pornography charges and allegations involving a new accuser, while prosecutors said more charges alleging yet another victim are upcoming.

Kelly, 53, stood silently in orange prison garb with his hands behind his back as his attorney entered the plea on his behalf at the arraignment hearing in Chicago.

More legal trouble is on the horizon for Kelly.

The government plans to file more new charges in the coming weeks, adding another accuser, prosecutor Angel Krull said during the hearing. She didn't elaborate except to say agents recently seized more than 100 electronic devices, including hard drives, in the case.

The possibility of new charges in yet another superseding indictment was among the reasons cited by U.S. District Judge Harry Leinenweber to push Kelly's April 27 trial date to Oct. 13.

The 13-count superseding indictment was unsealed last month. It is largely the same as the original indictment — which also had 13 counts — but includes a reference to a new accuser, referred to only as “Minor 6.”

The charges include child pornography, the sexual exploitation of children and conspiracy to defraud the U.S. government, as well as the coercion or enticement of a female.

Kelly, who has denied ever abusing anyone, faces several dozen counts of state and federal sexual misconduct charges in Illinois, Minnesota and New York, from sexual assault to heading a racketeering scheme aimed at supplying Kelly with girls.

The Grammy-award winning musician was jailed in July and has been awaiting trial at a Chicago federal jail a block from the courthouse where he attends pretrial hearings. He has participated in hearings in his New York case by video.

The federal charges in Chicago accuse Kelly of filming himself having sex with underage girls and of paying off potential witnesses in his 2008 trial — at which he was acquitted — to get them to change their stories.

Kelly's co-defendants in the case — ex-manager Derrel McDavid and former employee Milton Brown — have also pleaded not guilty to paying hundreds of thousands of dollars to retrieve pornographic videos in a bid to stave off criminal charges.

McDavid's lawyer, Beau Brindley, told the court Thursday that his client wanted to proceed with an April trial without Kelly. He said McDavid's “life is on hold” and was invoking his right to a speedy trial. But Brindley said later that the defense would take a week to decide their next steps.