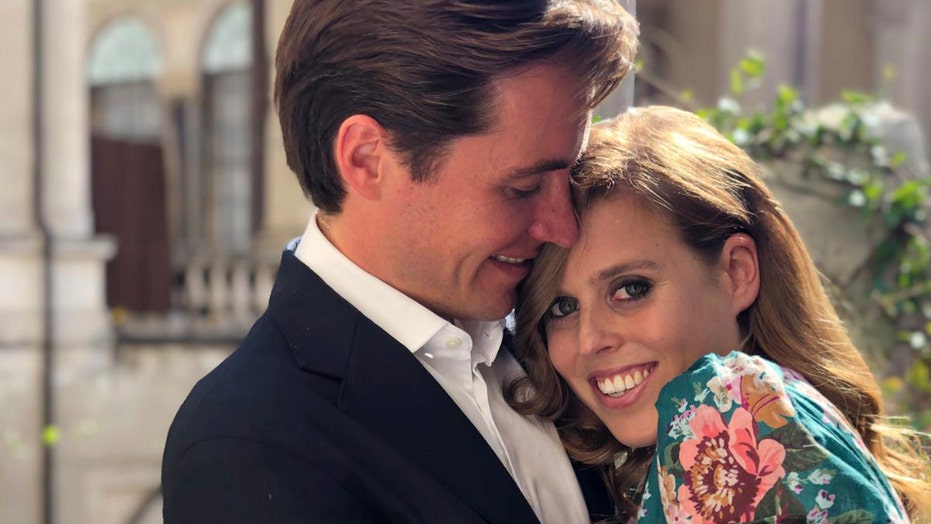 Princess Beatrice announced her engagement to Edoardo Mapelli Mozzi on Thursday and her mother, Sarah Ferguson, took to social media to post a number of stunning black-and-white engagement of the two lovebirds.

But commenters were quick to point out that the portraits look very similar to Prince Harry and Meghan Markle's engagement photos.

The photos were taken by photographer Misan Harriman at Royal Lodge, Windsor Great Park. In one shot, Princess Beatrice, 31, is snuggled into Mapelli Mozzi's shoulder.

It seems she took inspiration from Markle's pose in 2017 when she's touching foreheads with Prince Harry as he wraps her in his coat.

"Imitation is the sincerest form of flattery they say," wrote a fan. "They couldn't even envision a different pose/picture," said another.

"Mighty funny it is the done thing to take black and white photos after major announcement. Wonder where they got that idea. Hmm?" pointed out someone else in the comments section of Ferguson's post.

"It's copycat time for Beatrice and Edo," quipped a user.

Princess Beatrice, who is one of the Queen Elizabeth's granddaughters, said about engagement: "We are extremely happy to be able to share the news of our recent engagement. We are both so excited to be embarking on this life adventure together and can't wait to actually be married."

"We share so many similar interests and values, and we know that this will stand us in great stead for the years ahead, full of love and happiness," she added.

She and Mapelli Mozzi have been dating for almost two years and their wedding will take place in 2020.