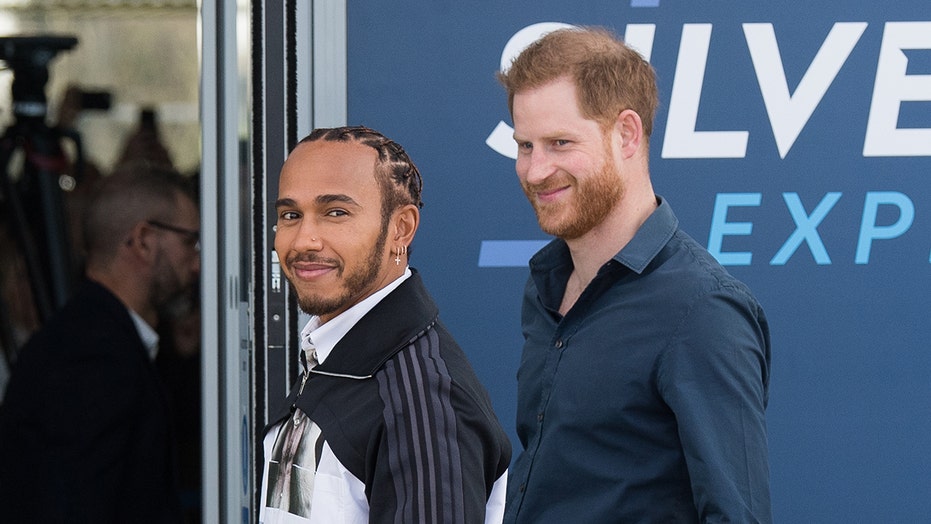 Prince Harry continued his final round of royal engagements on Friday with a solo appearance to the opening of a British racing museum.

The Duke of Sussex partnered with six-time world champion race car driver Lewis Hamilton for the official opening of The Silverstone Experience, an interactive museum showcasing the past, present and future of British motor racing.

The event was attended by local children as well as Formula One drivers George Russell and Alex Albon, and former Formula One champion Damon Hill, who Harry greeted upon his arrival.

Harry and Hamilton were spotted checking out the museum exhibits, which featured old classic cars and artifacts.

The event marks one of Harry's final royal engagements before he and Meghan Markle officially step down as senior working members of the British royal family on March 31.

Come Monday, the Duke and Duchess of Sussex will join the Prince William and Kate Middleton, as well as Queen Elizabeth II, Prince Charles and Camilla, Duchess of Cornwall for Commonwealth Day, March 9, Buckingham Palace confirmed. The British royals will be at Westminster Abbey for the annual service.

Meghan and Harry first announced their decision to step down as senior royals in January. The couple plans to split their time between Canada and England.

In February, a spokesperson for the Duke and Duchess of Sussex told People: “The Duke and Duchess will be spending their time in both the United Kingdom and North America. In addition to continuing to work closely with their existing patronages as they build a plan for engagements in the U.K. and the Commonwealth throughout the year, The Duke and Duchess have also been undertaking meetings as part of their ongoing work to establish a new non-profit organization. The details of this new organization will be shared later in the year."