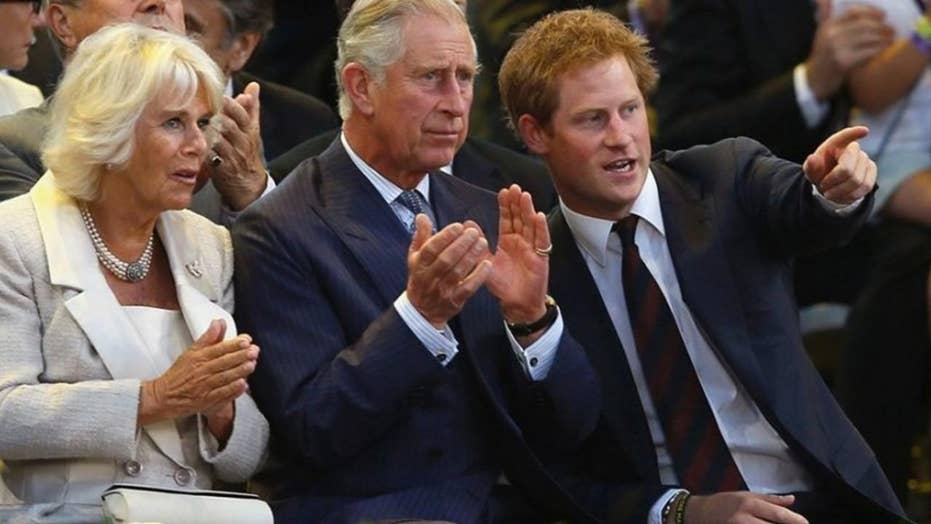 In an excerpt from “Harry: A Biography of a Prince,

Prince Harry isn’t afraid to defend his stepmother Camilla, Duchess of Cornwall – a woman who many still believe broke up the marriage of his parents Princess Diana and Prince Charles.

Express.co.uk obtained an excerpt from a new biography on the 33-year-old royal by journalist Angela Levin titled “Harry: A Biography of a Prince." It claims the Duke of Sussex believes the public should feel sorry for the 71-year-old.

The book was based on conversations the British reporter shared with Harry, who is sixth in line to the throne, before his marriage to former American actress Meghan Markle in May.

Levin had previously accompanied Harry on his many engagements and shadowed him for over a year. She also had exclusive access to him at Kensington Palace.

"She’s a wonderful woman and she’s made our father very, very happy which is the most important thing. William and I love her to bits.”

Even though Charles and Camilla have been married for 13 years, their relationship has been the subject of tabloids over the years.

The Telegraph previously reported the couple first met sometime in the ‘70s at a party. And while Charles allegedly fell head over heels, he wasn't ready to give up his bachelorhood.

Camilla moved on and married cavalry officer Andrew Parker Bowles in 1973 only to part ways in 1995.

Charles married Diana, the mother of Harry and his older brother William, 36, in a televised wedding that attracted about 750 million viewers worldwide in 1981.

However, Diana had long-suspected Charles was having an ongoing affair with his ex-girlfriend. Diana and Charles would ultimately call it quits after their marital woes became public and their divorced was finalized in 1996.

Prince Charles and his wife Camilla, Duchess of Cornwall (Reuters)

Levin wrote both William and Harry were told Camilla was going to become their stepmother in 2004.

“It couldn’t have been easy for Prince Charles to tell his sons that the woman blamed for the breakup of his marriage to their mother was going to become their stepmother, but in the autumn of 2004 that’s what he did,” she wrote.

“Harry accepted that Camilla had been in his father’s life for a very long time and had grown to like her,” she added. “Since he was a small child he has been able to see things from other people’s points of view.”

Levin told Fox News Harry still had vivid memories of the time when Diana finally told him her marriage to Charles was long over.

“He learned about it when his mother came to his prep school and asked to speak to him,” she explained. “He didn’t know why she was there. She told him [the news] and then the next day the prime minister made the announcement.”

While William reportedly “burst into tears,” Harry made a compelling revelation to his mother.

“He said, ‘I hope you’ll both be happier now,’” said Levin. “He also asked if there was anything he could do to make mommy and daddy happy again… He remained very close to his mother afterwards.”

Levin, who researched the royal family’s history while writing her book, said that in her opinion, “Diana behaved very badly,” when it came to embracing her new single life in front of her two sons.

“She introduced them to a whole string of men,” she claimed. “They would have to call them ‘uncle.’ She very, very badly wanted her sons to like her men. This is not what [Harry] said to me, but what I researched and found.

"They would get to know them, but then Diana would go off and then there would be another one. A psychiatrist, whom she had gone to, warned her that it could have a very detrimental effect, particularly on Harry. He warned Harry could become a delinquent or a rebel. It could have damaging effects.”

Diana also allegedly became wary of any other woman who developed a bond with William and Harry.

“Unfortunately, Diana was very jealous of the nannies getting too close to her boys,” claimed Levin. “She would make their lives very difficult or she would sack them… Unlike many royal children who have one nanny who stays [in the palace] for many years, they were constantly changed.

"And I think that, along with the men coming and going and then losing their mother – that does take its toll. You then fear the people you love will desert you.”

Andrew Morton, Diana’s biographer who penned the 1992 book “Diana: Her Story,” told Fox News back in 2017 that Charles never stopped loving Camilla even during the years they weren’t together.

“Here is Prince Charles telling Diana that he’s going to give a bracelet to his old lover just before the wedding,” said Morton. “Just a few days before the wedding. And then keeps pictures of Camilla in his diary on their honeymoon. What woman is not going to be incensed by this crass and insensitive behavior?

"Diana was very suspicious of Charles’ relationship with Camilla right from the get-go. And who could blame her? He left her behind, but the fact that he’s been [currently] married for [13] years to Camilla shows that he still had plenty of love in his heart for his former mistress.”