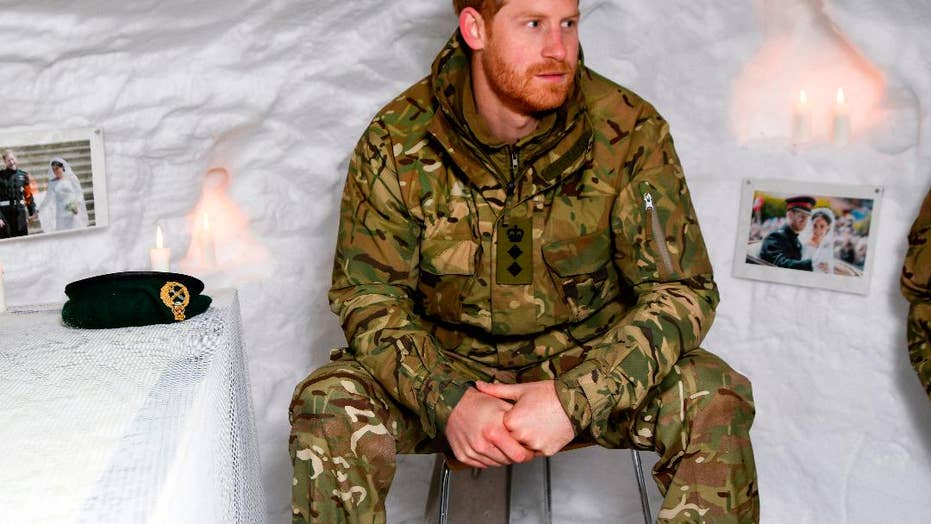 The Duke and Duchess of Sussex turned heads last week after dropping the bombshell that they are 'stepping back' from their royal duties. People magazine is reporting Prince Harry started severing ties before he and his wife made their public announcement. The magazine spoke with sources who say the prince began to cut some close friends out of his life during Meghan's pregnancy.

Prince Harry cut some close friends out of his life while Meghan Markle was pregnant with their son, according to a new report.

The Duke and Duchess of Sussex turned heads last week after dropping the bombshell that the couple is in favor of reduced roles in the royal family. Now, sources tell People that long before their shocking plan was out, Harry axed pals from his life "about six months into" Markle's pregnancy.

Prince Harry narrowed down his friends circle while Meghan Markle was pregnant with their son, Archie. (Getty)

Harry and Markle's eight-month-old son, Archie, was born on May 6. According to the magazine, the friends of Harry's who got the ax no longer even have the prince's cell phone number. This has left Harry's former friend group up in arms about his recent behavior.

"They totally understand that men often drift from their friends after marriage, but there's still a lot of resentment because they had been so close for so long," said the source.

The news comes at a sour time for Prince Harry and his brother, Prince William. Royal experts this week told Fox News that the siblings' relationship has never been more fractured.

“There is no doubt that the relationship between Princes Harry and William are at an all-time low,” Nick Bullen, editor-in-chief of True Royalty TV, told Fox News.

However, Bullen seemed optimistic that the brothers will end up working out their differences despite Harry and Markle's growing distance.

“Everyone around them is working flat out to try and repair things,” he explained. “The next few weeks and months will be fascinating for anyone interested in the royal family.”

One pal of Harry's spoke out this week following news of the intense Megxit. JJ Chalmers, who served in the military with the prince, revealed on "The One Show" that he has noticed some changes in the prince since he became a husband and father.

Chalmers said he believed Prince Harry's tough decision of reducing his role as a senior royal member was with Markle and Archie's safety in mind.

"When you look at the decision that he's made, I think at the forefront of that is to protect his family because the number one rule is to be a father and be a husband," said the pal.