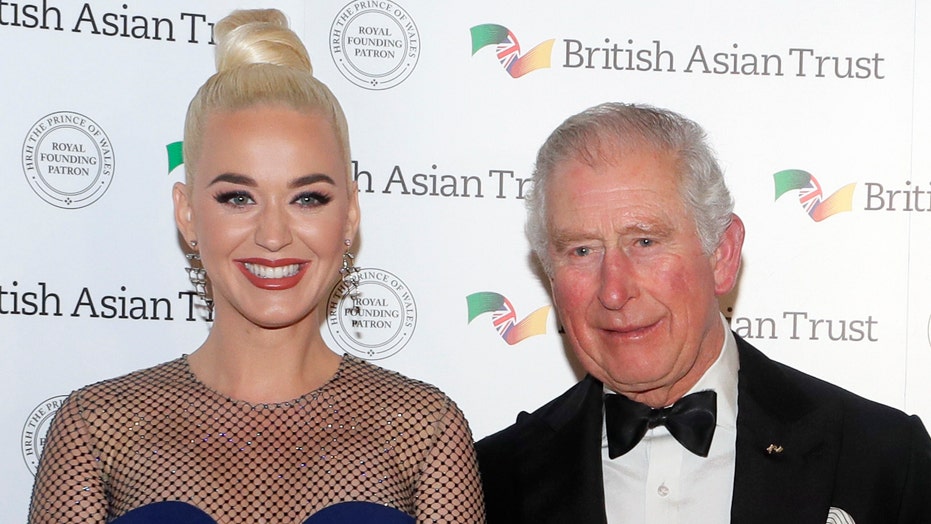 Katy Perry is throwing her support behind Prince Charles.

Charles, 71, announced on Tuesday that Perry, 35, will serve as an ambassador of the British Asian Trust’s Children’s Protection Fund for India. The news was revealed during a reception at Banqueting House in London, according to People magazine.

In a statement obtained by People, Perry -- who reportedly first met the prince in India during a meeting for supporters of the Trust last November -- said that she was drawn to the organization following her work with UNICEF.

Prince Charles and Katy Perry at a reception for supporters of the British Asian Trust on February 4, 2020 in London, England. (Photo by Kirsty Wigglesworth - WPA Pool/ Getty Images) (Getty)

“My work as a UNICEF Goodwill Ambassador has taken me to many parts of the world and opened my eyes to the many vulnerabilities of children,” said the singer. “India has long held a special place in my heart, and on my last visit, I was able to meet with the Prince of Wales and other leaders in Mumbai, and I was impressed by their strong plan – from on-ground initiatives to fundraising – that will aim to cut child trafficking in half."

Perry's dedication to children's rights and the fight against trafficking played a large role in her joining Charles' team.

“That is why I am especially honored to be named an ambassador for the British Asian Trust’s Children’s Protection Fund, and to help shine my light on the work that the British Asian Trust will be doing in South Asia, and to be a part of finding solutions to child trafficking," Perry said. "Children are vulnerable and innocent and have to be protected.”

Accord to the Trust's website, it was created to work "with the South Asian diaspora, as well as businesses, government, foundations and civil society, to build programs that support vulnerable people in India, Pakistan, Sri Lanka and Bangladesh."

The Trust was created by Charles and his colleagues in 2007, and the site says it has offered support to 4.8 million people since then.